Bob responds to consultation on the future of Island Line 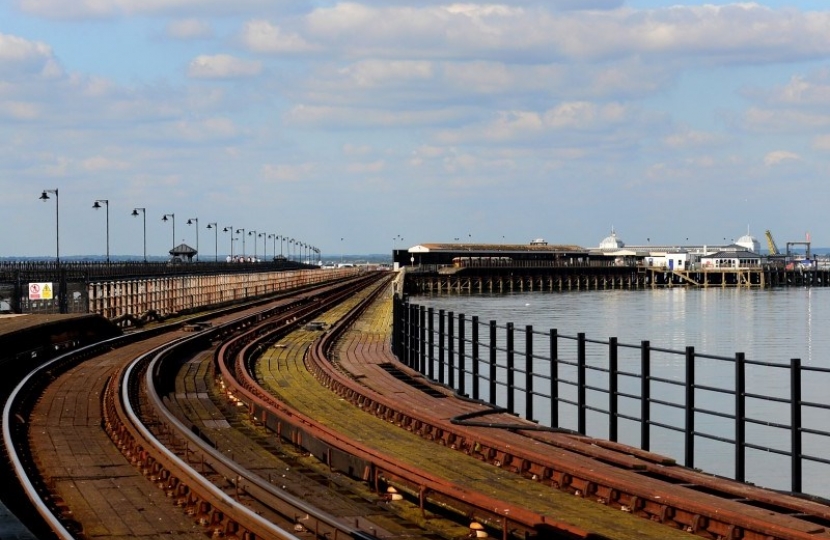 MP Bob Seely has responded to a consultation on the future of the Island Line and said that more investment in new faster trains, stations and track is vital if the Island and the service are to flourish.

Bob said a service every 30 minutes would do much to allow more visitors onto the Island and make it easier for residents to leave while easing traffic congestion between Newport and Ryde.

However, he said the ride quality must also be improved.

“It is dreadful. I am not expecting a high-speed service, but can we have a ride that feels like a train service, and not a Land Rover going over an Island bridleway,” he told the consultation.

He stressed Ryde Pier Head and Ryde Esplanade both need considerable investment to make the service a gateway into the Island for those who use public transport.

He also said the links between the Isle of Wight Steam Railway and the Island Line need to be encouraged.

“If the Steam Railway had access to Ryde St John’s (or further into Ryde) and into Newport and Ventnor (with extension) or Shanklin (on current route), more visitors would be attracted to both the IoW Steam Railway and Island Line,” Bob explained.

“As the Steam Railway has 100,000 visitors per year, the closer the alignment with Island Line, the greater the potential extra revenue for both parties. Currently too many people are getting to the steam railway by car.”

The MP said everyone should be reminded of the importance of the steam railway as a generator of income for the Island, as an employer, as a valuable social enterprise and as a potential educational destination.

He also said he supported an extension to Ventnor to help the regeneration of the town and integrate it into the Island’s transport system and to Newport which would give a direct rail/ferry route to Portsmouth and aid the Newport Harbour regeneration.

However, he accepted there were logistical problems on both routes and much expert and public consultation was needed. He also said he supported a longer franchise than the current seven years granted to South Western Railway, if it meant greater investment in the line and an improved service.