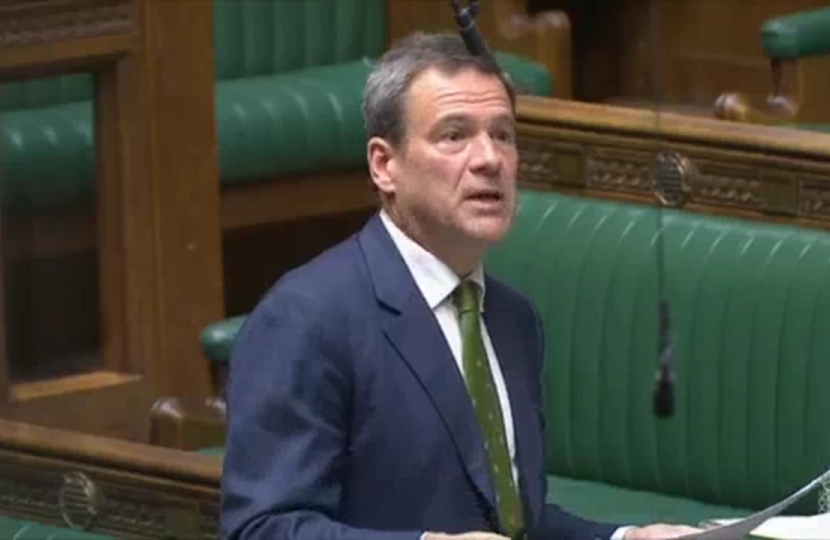 Isle of Wight MP Bob Seely has called on the government to make it mandatory for DNA samples to be taken from bodies buried at sea.

Mr Seely said DNA sampling would save time for police and coroners when body parts are washed up around the UK, because they could quickly identify where those body parts come from, also saving the emotional stress for the families involved.

Speaking in the House of Commons on Tuesday, Mr Seely asked Justice Secretary Dominic Raab to consider introducing the change via the Judicial Review and Courts Bill.

Currently, burials are legally permitted to take place at a site off The Needles, but Mr Seely said it was not just an issue for the Isle of Wight.

He said: “Every investigation involving a body washed up at sea requires a pathologist - and an awful lot of police time - to discover where the body might have come from. There is also the emotional distress of families who give DNA samples in the hope that it might be a relative of theirs.

“If we had a requirement for DNA sampling prior to burial at sea, it would be easy for the police or the coroner to check against the database and make a quick distinction about where the body part had come from.

“It would save police time, save the coroner’s time and save the emotional distress of the families involved.”

Mr Raab said he was committed to looking at the issue.