BOB SEELY CALLS FOR GREATER INTEGRATION BETWEEN FERRY AND RAIL 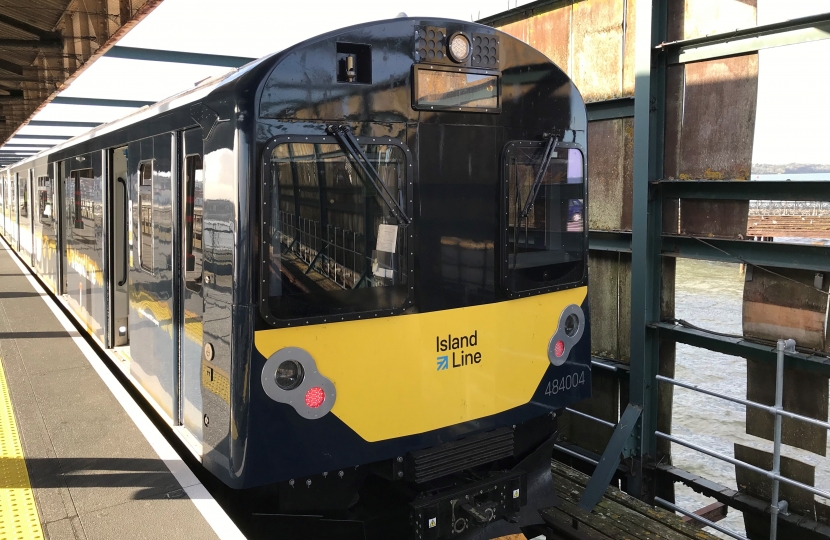 MP Bob Seely has called for better integration between ferry and rail services to make connections easier for Islanders and visitors.

Responding to a consultation on the South Western Railway (SWR) timetable, Mr Seely cited examples of where he had personally found it difficult to make ferry and rail connections work when travelling between the Island and Westminster. These echoed the experiences of many constituents who had written to him on the issue.

He said it was important for SWR and cross-Solent operators to work together to set a co-ordinated timetable, and he repeated his call for the Government to place a public service obligation on the ferry operators to provide a mechanism for intervention on cross-Solent ferry timetables, as well as rail timetables.

Mr Seely said: “If we want people to use public transport, we need to ensure connectivity is there, otherwise we force people back into their cars.

“I am keen to see the cross-Solent operators working with South Western Rail to ensure journeys are as seamless as possible.

“Routes need to join up and passengers need regular and reliable services. It’s extremely disheartening to see a train or ferry pulling away as you arrive. We need some resilience and common sense to be built into timetables at the very least.”

Mr Seely also said it was unacceptable that there was no late-night ferry on the Ryde to Portsmouth route.

“The last FastCat to the Island is at 8.20 pm. This is just not acceptable. A public service obligation could change this.”

Mr Seely has written to all three cross-Solent ferry operators asking them to plan their timetables with the ongoing connections of passengers in mind.

In his letter he said: “Clearly the Covid era has been a unique situation. Now that we are, hopefully, moving past it, I want to ask you all please to work as closely as you can with South Western Railway and any other relevant group to make sure that your timetables are as public transport friendly as possible.

“I am hoping now that you will make public your plans to show that you will integrate as well as realistically possible with onwards rail and bus services on the mainland.”