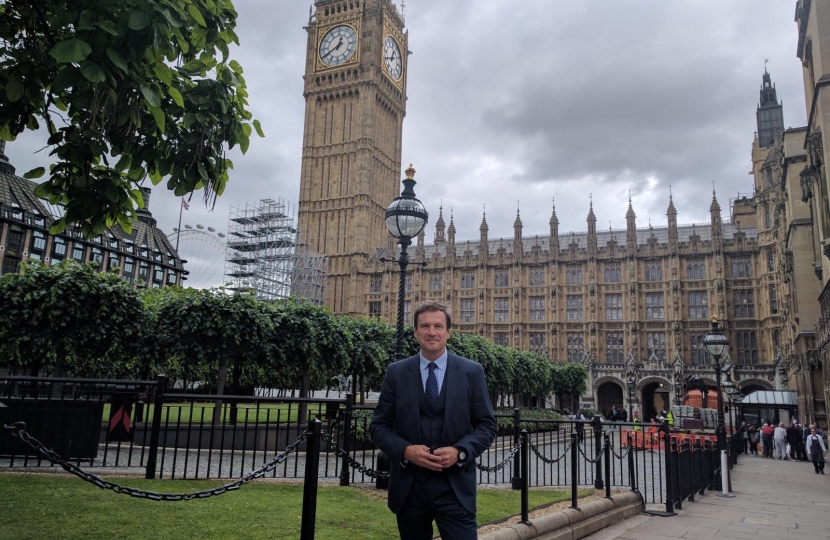 Isle of Wight MP Bob Seely has today (12th July) chaired the first ever meeting of the all-party parliamentary group (APPG) to promote the interests of islands around the UK. It brings together representatives of four different political parties to work for the betterment of their respective islands.

The new group, set up by Bob, will allow MPs and Peers from all parties to join together to lobby government for their islands.

“We need to promote the needs of island communities within Great Britain and Northern Ireland, and in particular to support the economic and social being of island residents,” Bob explained.

“Top of the agenda was a discussion on finding ways of making the case, as islands, for the provision of high-quality, accessible public services and affordable transport provision to and from these islands, plus the right infrastructure investment.

“This group will pool islands’ political resources to lobby government for a better deal for our communities. It means we have a much bigger voice at Westminster and it is part of my plan to go into battle for the Island to make sure government listens and does not overlook us.”

Following the formation of the group, members will be working with the House of Commons Library to arrange some initial research to identify areas for further work. In the meantime, Bob and fellow members are looking ahead to a House of Lords debate taking place next Thursday (20th July) on the subject of transport needs of remote island communities in England, led by Labour peer Lord Berkeley.

Officers of the Group