Bob Seely launches his campaign to be the Island's next MP 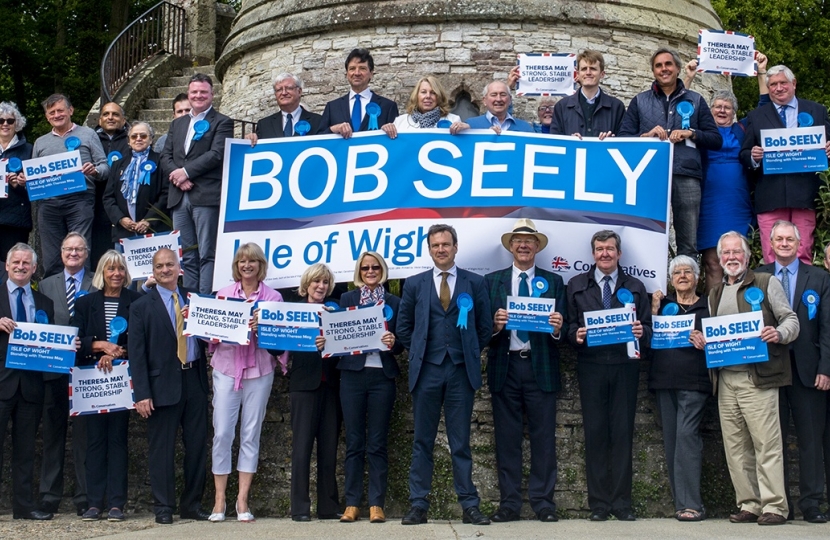 Bob Seely today launched his campaign to be the Isle of Wight's next Member of Parliament.

"I have loved the Isle of Wight ever since I was a child, and to represent the Island in our Parliament is my dream. If elected, I pledge to represent all Islanders, regardless of political affiliation or belief.

"Nationally, we have a clear choice: between Theresa May’s strong and stable leadership on one side, and on the other a ragbag Coalition of Chaos led by Jeremy Corbyn. If we don't back the Prime Minister and help her get the Brexit negotiation right, we risk our local economic security. That means our Island jobs are at risk if people support Jeremy Corbyn's candidate. It means the finances to pay for our local schools across the Island and funding for strong public services will be under threat.

"On the Island, we also have a choice. We can add to an experienced Conservative team, or go with untried and untested alternatives. If elected, I promise to work with all Councillors to ensure that we collectively deliver for Islanders.

"I have four years already as a campaigner on the Island delivering for residents. I’ve battled - and beaten - developers to save coastal land. I’ve rescued buildings for my local community, and defended services in the West Wight. I understand that representing Islanders is about more than empty protest.

"Some of you know I was a soldier. I’ve seen active service in Afghanistan, in Iraq and elsewhere. I’m now ready to put my permanent military service behind me, and fight new battles as the Island’s Member of Parliament. I love my country, and I love my Island too, and I am proud to come from an Island family.

"However, Government needs to deliver. We need a new deal with Government. As Theresa May's candidate I am best placed to make a new deal with Government. Working with others, I will strive to get that deal. Under the current housing system, developers make millions building homes that Islanders cannot afford: that is not right and I am delighted that the Conservative manifesto will recognise this. We export our young to the mainland because we lack the higher and technical education opportunities for them here: that is not right. We seem to be in a permanent struggle to defend public services from leaving the Island: that is not right. I will campaign within Parliament for these changes.

"The Island’s voice must be heard in Westminster loud and clear. Government needs to deliver for our Island.

"But this is also about enabling ourselves to succeed. I will work with all Islanders: residents, volunteers, community workers, business men and women, people from across the political divide, to deliver a better future for all our people.

b) Tourism that welcomes not only continues to traditional bucket-and-spade but also delivers new offers that revel in the natural beauty of the Island and the inspiration that it brings, attracting new generations of visitors wanting to be inspired by our natural beauty.

c) Finding solutions to transport issues: first; to ensure the future of the Island line; second, to develop more cycle routes and third, to strive for a better service from the unregulated ferry companies, whose debt we service every time we use them.

d) Ensuring that the Island’s older residents receive the support and care they deserve, enabling them to lead independent and fulfilling lives in their later years.

"That is my vision, and one I look forward to taking to the Island over the next few weeks."