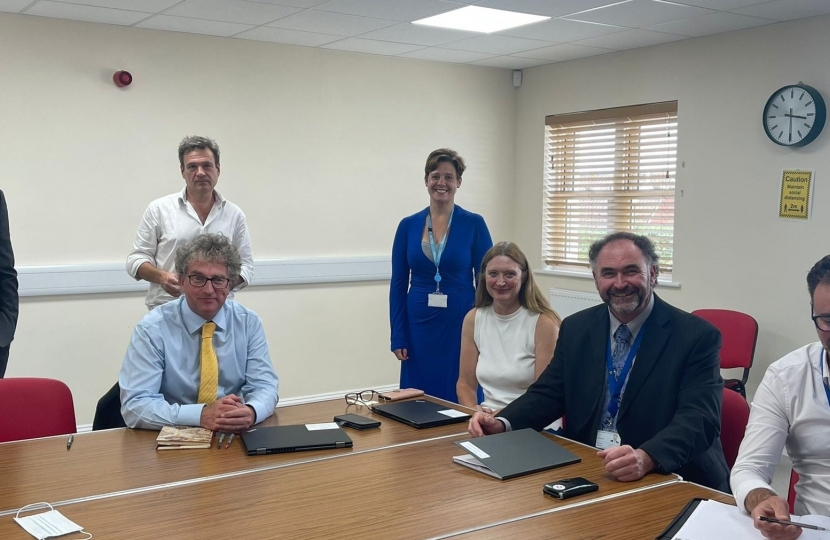 Island MP Bob Seely and Island Councillors met on 20 August with the Chief Executive and managers from Southern Water.

Southern Water has recently been fined £90 million by government for illegally discharging sewage into rivers and coastal waters throughout the south-east.

Mr Seely said: “I called the meeting because we needed to hear from Southern Water about their plans for the future."

This meeting is the latest development in an ongoing campaign by Mr Seely and IW Councillors to work with Southern Water to improve water standards and sustainability around the Island. Isle of Wight Councillors attending the meeting were: Jonathan Bacon, Debbie Andre, Chris Jarman and Richard Quigley.

As a result of the meeting, Southern Water pledged to work with the Council and MP to establish best practice on the Island for both reducing sewage emissions and making the best use of water. This includes the aim of making the Island a model of sustainable usage.

Mr Seely added: “We need clean water around our beaches and we need to take better care of the environment. We need to move to a future where, on principle, we do not pump any raw sewage into the seas around the Isle of Wight. We also need to protect the environment.

“Water quality is a complex issue. Road and agricultural run-off account for some of the nasty stuff that gets into the sea around the Island, so it is not just about the water firms. However, Southern Water needs to step up to improve their own standards and to plan for the future."

The Government is also looking at options to reduce raw sewage discharge and to increase investment into the water supply system.

Mr Seely concluded: “I am grateful to Southern Water for talking with Councillors and myself today.  I would also like to thank all those Islanders that have contacted me about pollution in the West Wight, Gurnard, East Cowes, Seaview, the Bay Area, and other areas.