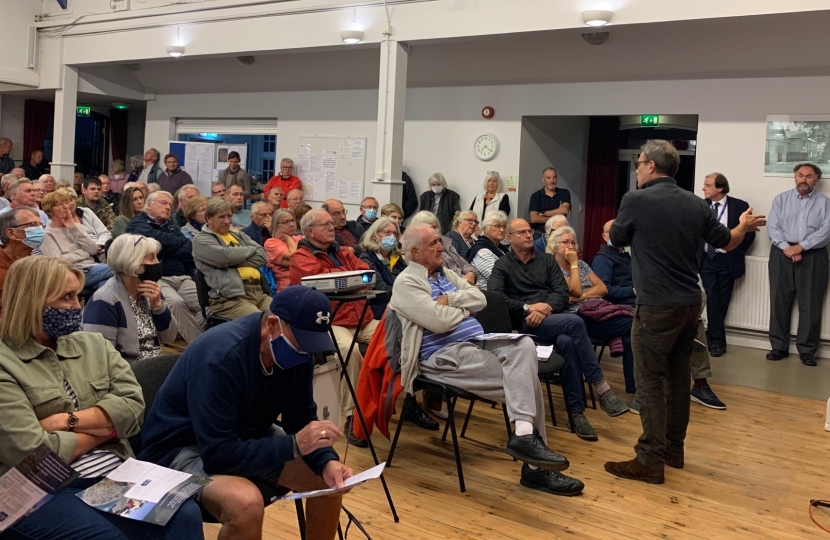 MP Bob Seely has joined the dozens of residents objecting to plans to build 57 houses on the outskirts of Bembridge, saying the site should never be considered as a serious location for development.

In his objections to the plans, Mr Seely said he could not see how the development addressed local housing need and hit out at the developers saying they would be the only ones to benefit from the development.

He said, if plans go ahead, the houses would put pressure on existing infrastructure, add to traffic congestion in the village and posed a risk of flooding to existing properties.

He said: “This specific site should never be considered as a serious site for development. The result will be endless urban sprawl to the benefit of the developers and no one else.

“I met with Bembridge residents in the autumn to discuss the Island’s future housing needs and they were very clear that they wanted to protect the village from this kind of largescale uncontrolled expansion.

“The development would not only harm the character of the village; it would put pressure on infrastructure and existing services and it would do nothing to contribute to the housing needs of Islanders.

“No development should be given the green light without due consideration being given to the wider impact on services and the community as a whole. Planning decision-makers must take the needs of communities into account; it is their futures that will be affected.”

Mr Seely went on to suggest that there were other more appropriate sites that could be developed for new housing.

"There are other sites on the Island that could be developed to provide affordable homes for Islanders.

“The Isle of Wight Council has money from Government to help it develop some of these and it has opportunities to try to secure sites such as Camp Hill for housing. I would suggest that the council look at these first before considering supporting unsustainable, car-dependent, greenfield developments such as this.”