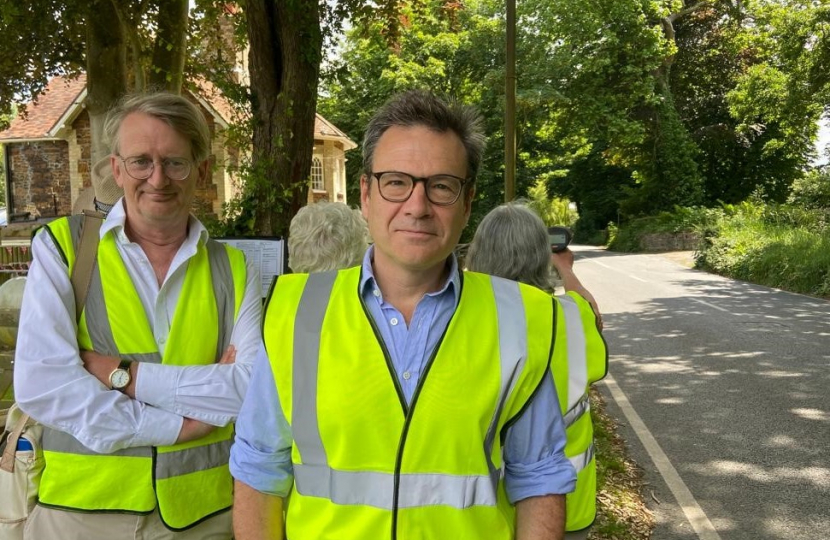 A community ‘speedwatch’ group in Freshwater received a welcome visit from Isle of Wight MP Bob Seely earlier this week where they highlighted the important work they are doing to tackle speeding on the Island's roads.

Since it was formed in April this year, Freshwater Community Speedwatch has recruited and trained fourteen volunteers, all of whom want to help tackle dangerous driving and drive down the number of road traffic accidents on the Island’s roads.

The group operates around ten one-hour sessions per month and captures data that can be used by the police to educate offenders prior to any enforcement action.

Following the session on Monday morning, the coordinator of the Freshwater Speedwatch volunteers said: “It was great to have Bob visit the Freshwater Community Speedwatch team and see first-hand what we do. We’re now into our 11th week of collecting information on speeding vehicles and, instead of opinions or feelings that people are speeding, we now have facts.

“There has been tremendous support from local residents to help tackle the issue which ultimately affects the safety of us all - speed kills.”

Mr Seely said: “I was pleased to see first-hand the valuable work being done by the Freshwater Community SpeedWatch Group to make our roads safer. We are lucky to have such dedicated volunteers on the Island.

“Road traffic incidents can have long-lasting and devastating consequences for families, so the more preventative work that can be done to reduce the chance of accidents occurring, the better.

“Communities are best placed to know where the problem areas are, so I have encouraged this group to get in touch with the new dedicated Roads Policing Team when they are in place.

“We haven’t had a dedicated roads policing unit on the Island for several years, but now, we have been promised one. We have the highest killed/serious injury rate from road accidents outside London which is why we were successful earlier this year in getting an uplift in the number of officers doing roads policing work on the Island.

“I know that dangerous driving, high speeds and noise-related issues caused by illegal exhausts is still a problem on the Island. These officers, supported by community speedwatch groups, will go some way to ameliorating these issues.”