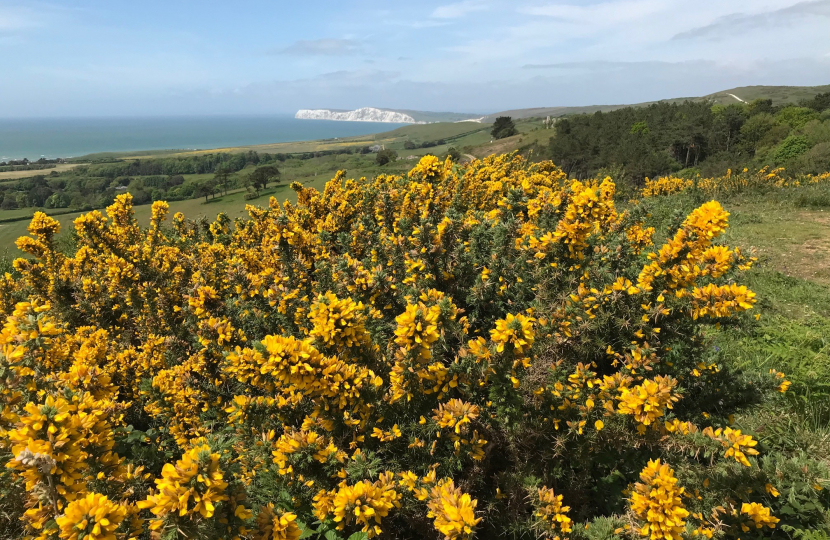 MP Bob Seely and members of the ruling Alliance group at the Isle of Wight Council say they will join forces to campaign for a new status for the Isle of Wight which will help the Island achieve a sustainable future.

The Island’s MP has written to the government to ask it to study and explore the idea of an ‘island’ status, which would provide a greater level of landscape protection for the entire Island as well as support for a more prosperous future for Islanders.

He said: “A few generations ago, a National Park on the Isle of Wight would have been a great idea. Despite the idea remaining popular, it is sadly probably not feasible.

“However, what is achievable is working with the council and other groups to get a new designation in law that recognises the unique status of islands in the UK. If the Government agrees in principle to this change, I would like the Isle of Wight to serve as the first example.”

Since he was elected as the Island’s MP, Bob Seely has been campaigning for better protection for the Island from greenfield development and for an extension of the existing Isle of Wight AONB designation. He said he is hopeful that the government’s new Landscape Protection Bill could be the enabler to increase landscape protection on the Island.

In putting the Island’s case forward to government, Seely has written to Defra Minister Lord Benyon outlining reasons for an island designation.

First, he said, while the Island’s protected landscape was significant, it was also fragmented with the AONB divided up into six separate pieces which didn’t marry with the whole Island being included in the UNESCO Biosphere.

He said: “Our protected landscape is significant although fragmented. The AONB is in six separate pieces. The land linking them, which is special in its own right, is not therefore seen as part of a wider, integrated whole, by dint of not being part of the protected landscape. Islanders, by contrast, think of the Island as a coherent and unified whole.”

Jonathan Bacon, Isle of Wight Council Cabinet Member for the Environment, said: “The current Administration is fully supportive of the proposal to seek an Island designation.

“A single protected landscape status would fit with the Island’s single unitary authority, a single National Character Area (Natural England definition) and the entire Island’s status as a UNESCO Biosphere. Nature recovery and other landscape support plans would only be strengthened by being combined under a single body with a single high standard of landscape protection throughout.

“An island designation would allow maritime and landscape protection to exist within the same authority/plan, helping to provide a coherent and integrated response to the protection of the natural world.”

“By preserving and enhancing the Island's key tourism assets - the undisturbed countryside, sweeping vistas, history, heritage, and outdoor sports – An ‘Island designation’ would be a significant contributor to the Island's tourism economy. Likewise, other islands may decide that they would benefit from such a branded status.”

Seely said that the island designation would be able to support Island agriculture better. “Under the current system, Island farmers have lost out. For example, local abattoirs have been closed, whilst there has been no additional support for the high ferry costs of transporting animals across water to slaughter.”

Lora Peacey Wilcox, Leader of the Isle of Wight Council, said: “Recognising Island status for islands, especially those with a high degree of natural beauty, makes sense, for those islands, but also for landscape protection. It is a designation which can be applied elsewhere, and can help to create a sustainable future for those islands both for humanity and the land and seascapes.”

Bob Seely concluded, “I want the Island to make progress in securing increased landscape protection and with the government planning to increase landscape protection nationally, I want us to be proactive and build on the excellent work of the Isle of Wight AONB in developing the biosphere.

“An ‘island’ designation would also be a common-sense next step for the Isle of Wight to ensure a prosperous and sustainable future and would help the government to reach its target of committing to protect 30 per cent of the UK’s land by 2030.”