Island's MP speaks up for horses and riders in parliamentary debate 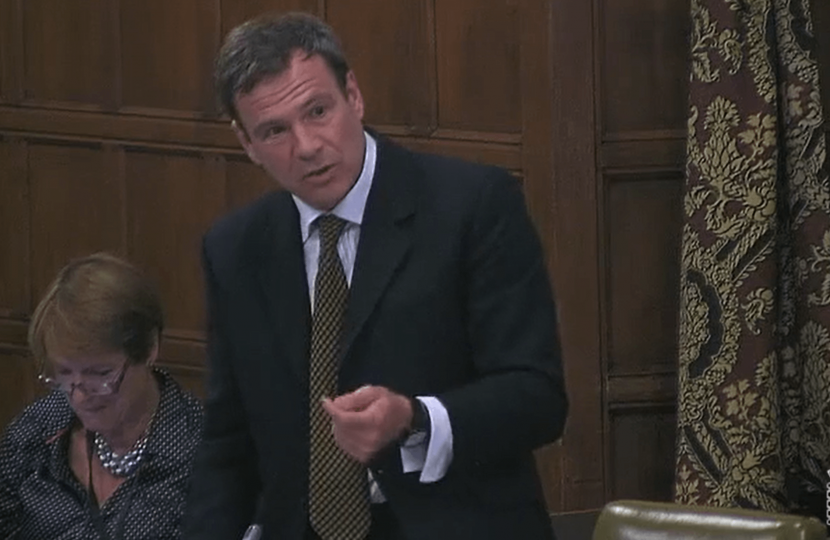 MP Bob Seely is to seek assurances from Island Roads that newly laid tarmac surfaces will be safe for horses and their riders after speaking in a parliamentary debate on the issue.

Contributing to the Westminster Hall debate on Safety of Riders and Horses on Rural Roads on Tuesday 4th July, Bob told MPs local riders fear the new surfaces could be slippery.

“On the Isle of Wight, we have been fortunate enough to have a new contract to resurface all our roads so we will soon have some of the best roads in England, if not Europe,” he said.

“However, riders have expressed concerns that the new road surfaces will, at least for the first few months, be slippery and not all horses can have studs fitted, so I look forward to talking to Island Roads about what more we can do.”

Bob told MPs the Island has the highest percentage of horses per acre in Britain and riding stables are an important part of Island life and the economy.

But more must be done to improve road use for riders and cyclists too and said he would also raise with the Council the issue of improving bridleways for use by both.

Ferry operators could help the situation by stressing to visitors the Island has very small lanes and to remind people of distances and to be considerate of more vulnerable road users, he said.

“I share the concerns about single-lane roads," he told the Westminster Hall debate.

“I live one and a half miles down a single-track lane. I wonder whether the answer is to have what have become known as quiet roads, where drivers do not have priority, but pedestrians and cyclists and riders do. We have one or two quiet roads on the island. There is a cost to them, but they could be in part an answer to national speed limits, which make driving very fast on single-track roads legal, but extremely foolish.”