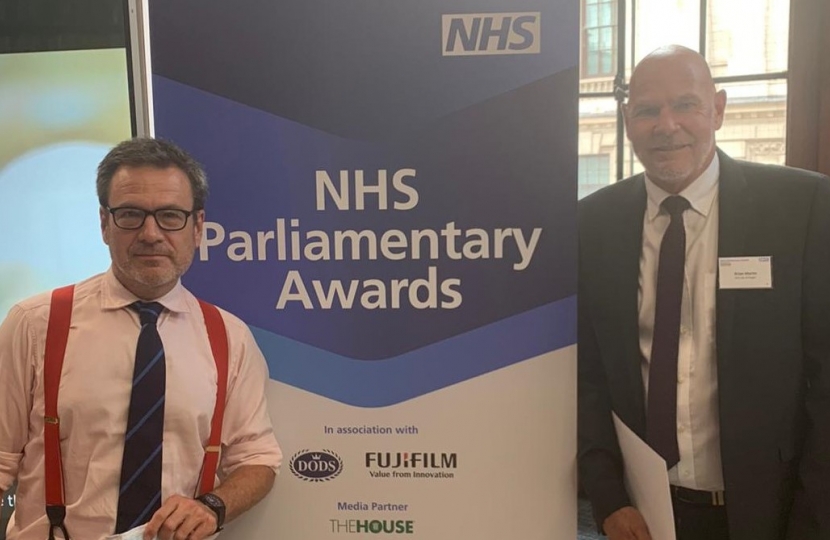 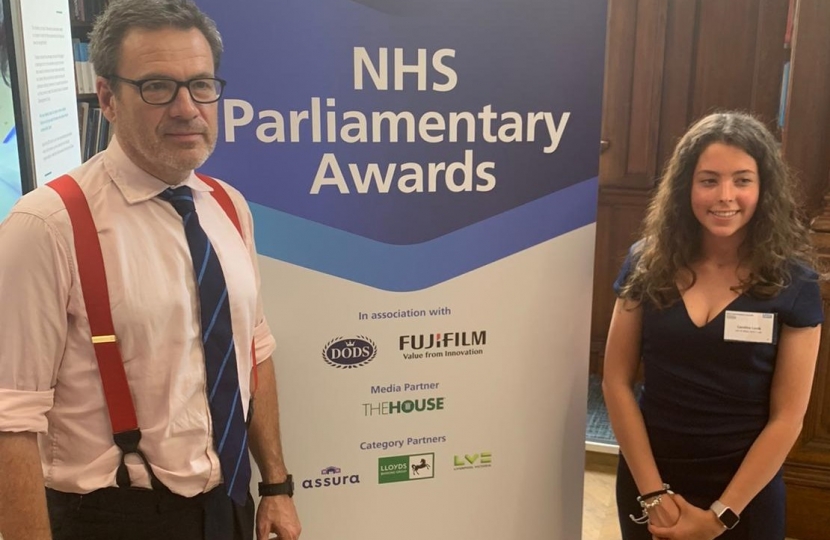 Nominated by the Island’s MP, Brian Martin and Carolina Lamb from the IW NHS Trust made it all the way to the finals of the NHS Parliamentary Awards held on Wednesday in London.

Brian, the Trust’s Technology Enabled Care Manager, was up for the Lifetime Achievement Award which honours those who have given their working life to the NHS, and volunteer Carolina was nominated for the Rising Star Award for her outstanding contribution to the NHS team.

Mr Seely, who went along to the event to support the Island nominees, said: “It was an honour to see both Carolina and Brian at the ceremony. I am aware of Brian’s excellent work for the NHS on the Island as I have talked with him about the projects that he has helped run. It was a pleasure to meet Carolina.

"Congratulations to them both for reaching the finals. The Island should be proud of them both."