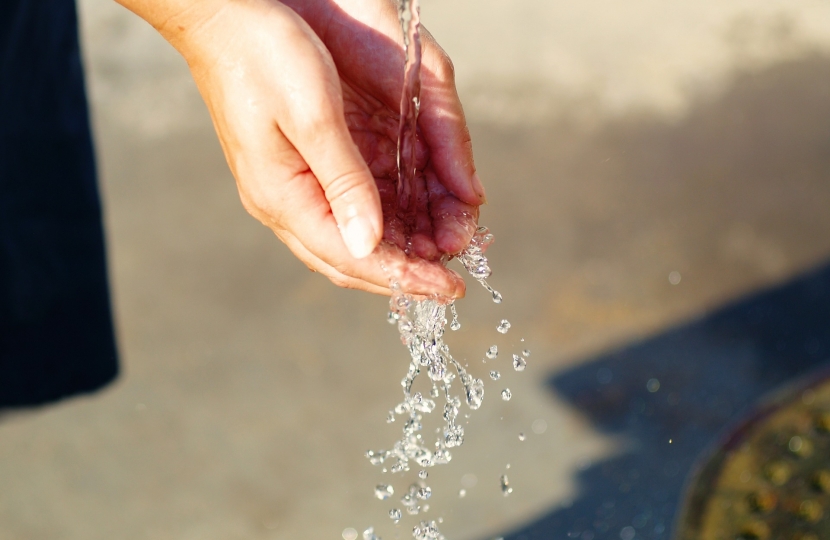 Island MP Bob Seely says he cautiously welcomes Southern Water’s plans to invest over £56 million in water and wastewater services on the Isle of Wight.

The water company sent their plans to Mr Seely after he wrote to them asking for assurances that Macquarie Asset Management - who recently acquired a majority share in Southern Water - would be investing money in the Island.

Mr Seely has recently raised concerns, alongside Isle of Wight Council members’, about raw sewage being discharged into the Solent by the water company and said he was keen to see plans to reverse this. He has also joined other MPs in the South in a campaign to improve water quality in the Solent region.

Mr Seely said: “The pressures on the Island's water system are growing and I am concerned that without strategic investment, discharges will become more commonplace.

“Long-term investment is needed to reduce discharges and upgrade the Island's water system. I believe this is key to protecting our environment, its amenity, and residents' safety and standard of living. I want to see everything possible being done to prevent raw sewage from entering the Solent.

“The Government is now legislating to reduce discharges from storm overflows, and I am keen to ensure that Southern Water supports this aim.”

Alongside the multi-million-pound investment in the Island’s water services, Southern Water informed Mr Seely that the Island would also benefit from a number of regional schemes including the installation of smart networks and investment in water quality and resilience improvements at the water company’s supply sites.

Southern Water also revealed they were looking at Sandown becoming a pilot site for reduced reliance on Combined Sewer Overflows.

Mr Seely said: “I would like to thank Southern Water for sharing their plans with me. While I welcome their investment in the Island, I want to ensure that these schemes will fix the worst problems.

“I also want to know what their plans are to invest in their infrastructure under roads and people’s homes to avoid disruptive works and potential flooding.

“I will be writing to them again with more questions and I will be monitoring their performance closely.”