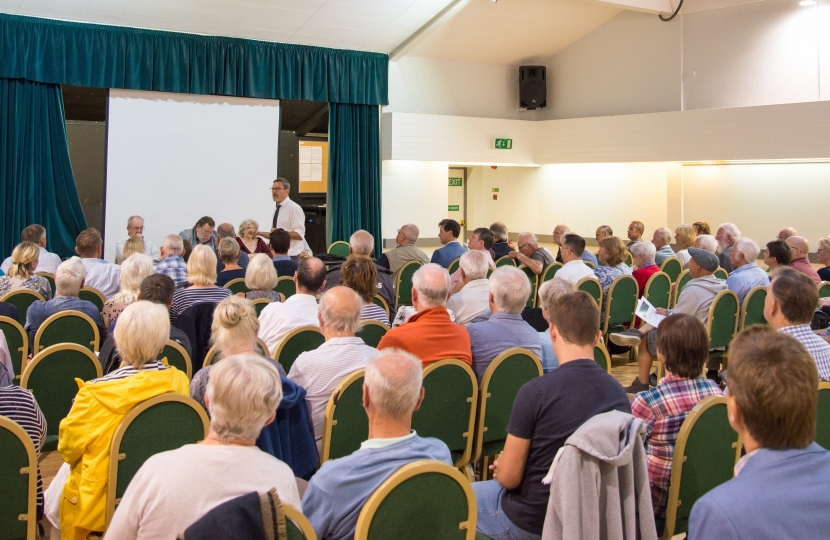 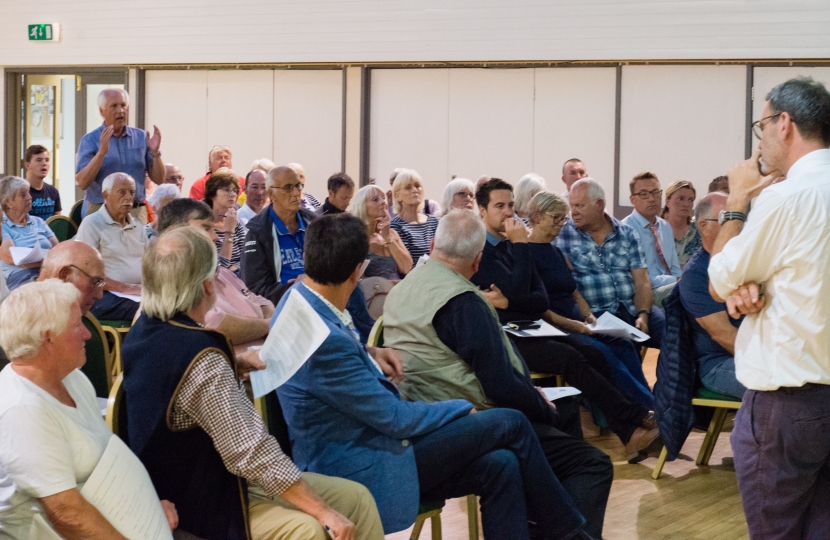 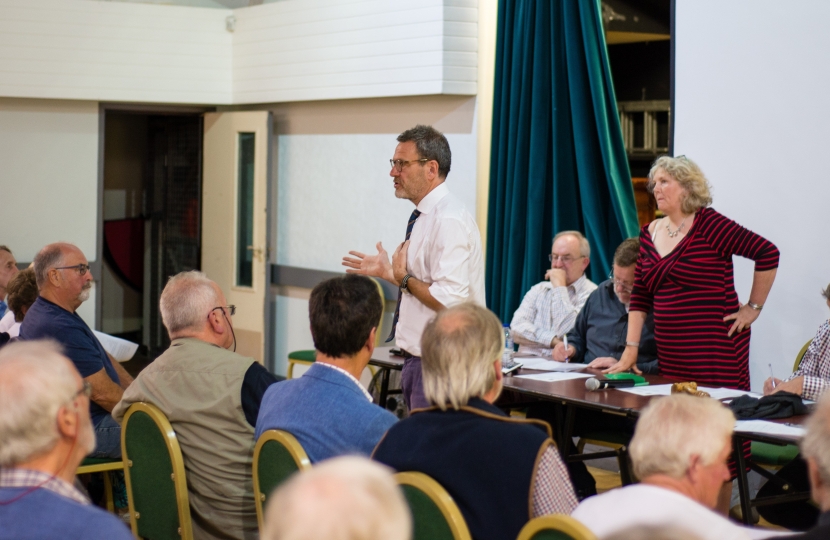 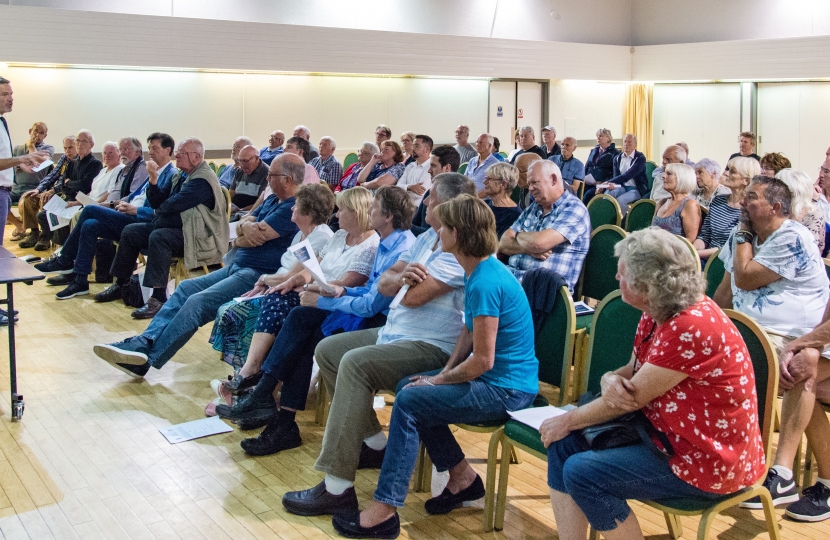 Nearly 100 residents from Carisbrooke and Newport met with MP Bob Seely at the Riverside Centre on Monday night (September 2) to share their views about the 3,695 homes planned to be built in the area over the next 15 years.

According to the draft Island Planning Strategy - the so-called Island Plan - the homes are planned to be constructed on a mix of green and brownfield land across Newport.

The meeting was one of many Bob has attended across the Island to raise awareness of the Island Plan and residents were keen to let the MP know how the volume of houses planned would impact the town.

Residents expressed concerns about the lack of infrastructure to support the number of houses proposed, the need to build affordable homes for young Islanders, the lack of demand for such a high volume of housing on the Island compared to population growth and the detrimental effect of additional traffic on tourism.

Speaking after the meeting Councillor Julie-Jones Evans, Chair of Newport and Carisbrooke Parish Council, said: “It was great to see a full house at the Riverside Centre. Everyone is in agreement that housing targets set by the Government, and then reflected in the Island Plan, are unnecessary and unrealistic.

“The residents of Newport present expressed major concern regarding the negative impact on services such as education, health, roads and the need for employment.

“The result of the meeting was that parish councillors, our MP and the IW Council all need to work together to bring down the housing target and get Government to understand what it’s really like to live on an Island.”

“Bob Seely listened to the local residents of Newport and Carisbrooke Parish Council and we know that he will work with councillors to ensure the housing target is brought down to a level that is both appropriate and achievable and recognises that alternate methodology to arrive at such a level is desperately needed.

“Our NHS, GP Surgeries, Dentists, council services, social care and education services are already stretched to the limit and our roads and transport network can take no more.”

Bob said: “We need to work together as an Island community to get the Government to agree to treat the Island as an exceptional case and lower our housing target and to make sure the houses are built for Islanders.

“We need affordable homes for Islanders, built in appropriate numbers, in existing communities, near existing services.

“I’ve held similar meetings across the Island in rural and urban areas and the message is always the same – the requirement for over 9,000 homes is unnecessary, unrealistic and will ultimately be damaging to the Island, its environment and its residents.

“The more people can make their voices heard the better. I urge people to write to their local councillor with their concerns to ensure their views are taken into consideration.”

Bob welcomes invitations from other Island towns and villages wishing to discuss the proposals in their area. The next meeting is due to take place in Rookley.

Bob’s survey and petition against the housing targets can be found here:http://islandvision.uk/Islandplan/