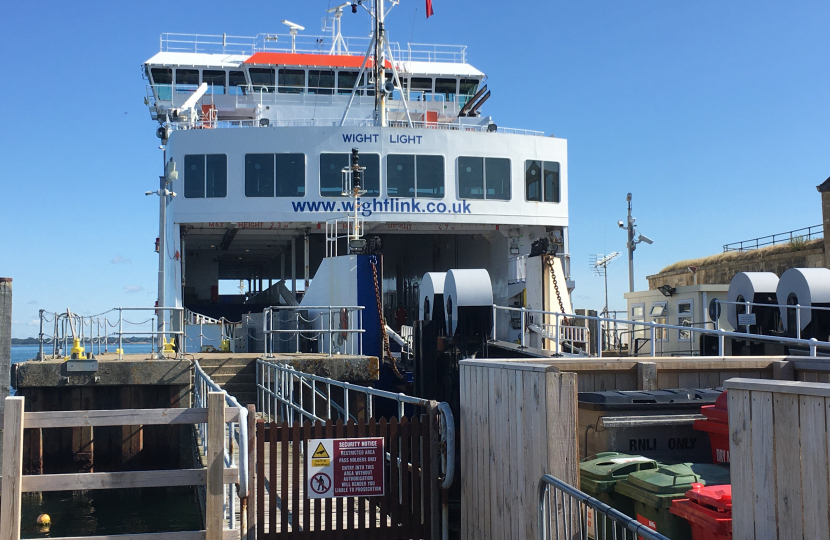 Wightlink welcomed the suggestion and agreed to allocate capital funds to pay for the machines at their Ryde and Yarmouth terminals.

Mr Seely said: “I am aware that Islanders are keen to be able to purchase through-tickets at ferry terminals for onward rail journeys. As a regular commuter myself, I understand the desire for this.

“I raised the issue with Wightlink’s Chief Executive, Keith Greenfield, who said he was keen to provide ticket machines at Ryde and Yarmouth terminals to enable this.

“Unfortunately, there apparently is red tape within the DfT preventing this from happening, which is very frustrating.

“I have raised the issue with the Secretary of State, Grant Shapps, to see what can be done.”

Mr Greenfield said: “Wightlink will continue to push for rail ticket machines at Ryde and Yarmouth as soon as possible”.