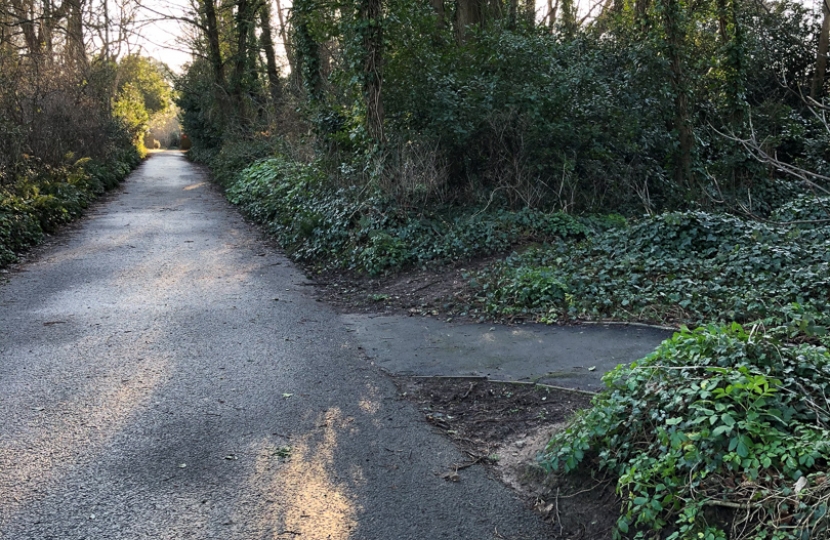 MP Bob Seely has objected to plans to build two new holiday lets on an area of woodland in Love Lane, Bembridge.

Mr Seely said the plans, which have already been met with dozens of objections from residents, were completely inappropriate and damaging to the area.

“Not only is this an unspoiled greenfield site which is of great importance to the local community, it is also woodland that is home to protected wildlife.

“I find it outrageous that anyone would even think to build on woodland like this. It should be left well alone.”

Residents have reported sightings of badgers, foxes, bats, dormice, hedgehogs and red squirrels in the woodland which is also home to 100-year-old trees.

Mr Seely went on to say: “Hedgehogs and dormice are in decline in this country largely due to the removal of woodland and hedgerows. This needs to stop. We need to save their habitats now before it’s too late.

“We need to think much more carefully about the management of our natural landscape and developers need to stop ripping up the countryside to make way for unnecessary and unwanted development such as this.”

He said he was also concerned that an increase in traffic on such a narrow lane would destroy the peace and tranquillity enjoyed by many local residents.

“For many, this area is a place to take a stroll, unwind and forget about their worries. We need spaces like this, and we must take care of our natural environment and preserve it for future generations to enjoy.”