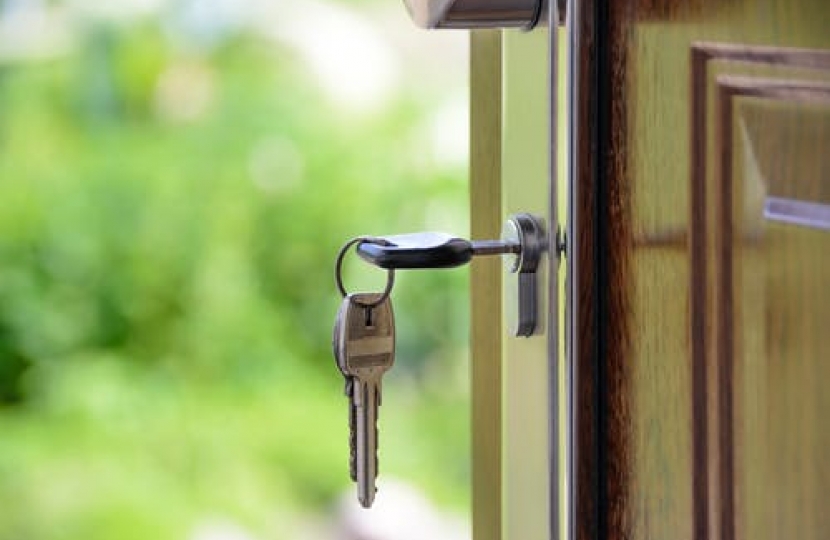 Following his recent commitment to oppose plans to build new housing on greenfield land in all but exceptional circumstance across the Island, MP Bob Seely has submitted his objections to two new housing developments proposing to do just that.

Mr Seely said his objections to new proposals to build 14 new homes on land at Landscape Lane in Newport and seven new homes on land behind 21-31 Ventnor Road in Apse Heath also echoed concerns of residents living near both sites.

Mr Seely said he opposed the development of land at Landscape Lane due to the houses being located on a greenfield site furthering the trend of low-density housing on Island farmland. He said he was concerned that the proposed houses would be car-dependent, adding to the traffic along the Staplers Road route into Newport.

He added that the concerns of residents must be taken into account and vowed to continue to champion the rights of Islanders to have a meaningful say over what happens in their communities.

With regard to the new homes planned for Apse Heath, Mr Seely cited vehicular access a key concern of residents. He said the development would also be largely car-dependent with the inclusion of garages featuring prominently in the application and would remove yet another of the Island’s green spaces.

He said: “We need to build houses in sustainable locations, and we need to build for Islanders. The Island needs smaller units of low-density housing on brownfield land. We need to build sensitively and in styles which complement the local surroundings.

“We are seeing too many proposals coming forward to shoehorn houses into small parcels of green space disrupting the lives of surrounding residents.

“At the same time, we are also seeing plans to remove vast areas of beautiful greenfield land which separate and define our towns and villages. This needs to stop.

“There are vacant spaces in our high streets and empty buildings that could be utilised to address the needs of Islanders waiting for suitable and affordable accommodation.

“We need a different strategy for new homes and the Government needs to help us reflect local opinion and local need by setting sensible and sustainable housing targets for areas such as the Island. With the IW Council, I will continue to press them to do just that.”

MP Bob Seely is backing a new law which aims to create a new system of volunteer reservists for the NHS, modelled on Armed Forces reservists and police special constables.