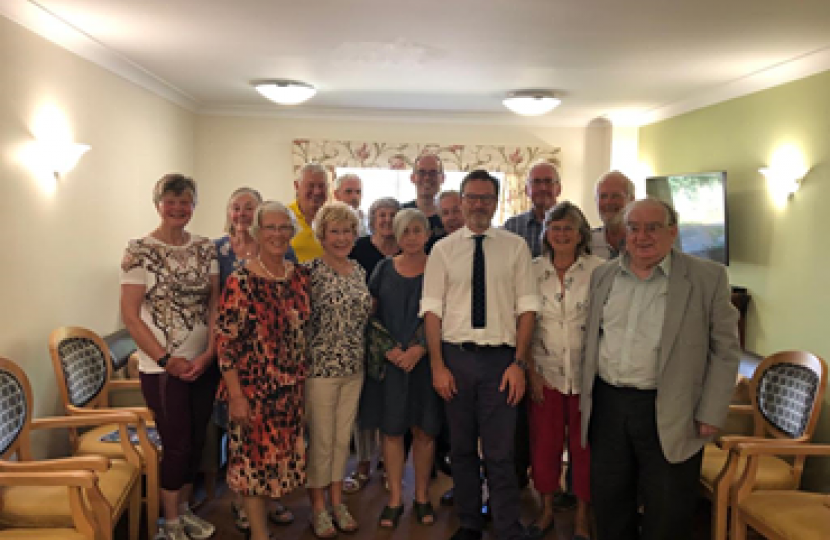 During a recent question and answer session hosted by the Current Affairs Group of the IW University for Free Time (IWUFT), MP Bob Seely was quizzed on a number of Island issues.

IWUFT, formerly known as the IW University of the Third Age, is a group consisting of about 420 members from all walks of life with a common interest in politics as well as the Island.

Members of the group spoke with the MP on a range of subjects including trains, ferries, housing, schools and the NHS – specifically the recently announced £48m investment, staff recruitment, training and tele-medicine.

Bob said: “It was great to discuss Island issues with members of the IWUFT. There were some really well-informed people in the group, and it was great to connect with them.”

Patricia Rodway, Current Affairs Group Leader for IWUFT said: “Bob was erudite and informative, and it was agreed that there are many improvements which must be made to life on the Island. With the aid of Bob Seely's drive and enthusiasm the future is looking brighter.”

Formed in 1992, the IWUFT is a registered charity which encourages and enables older people no longer in full-time paid employment to help each other to share their knowledge, skills, interests and experience. Groups include languages, literature, bridge, dancing, art, history, pétanque plus many more.

The IWUFT will be hosting their annual open day on Wednesday 11 September at the Riverside Centre, Newport Quay from 10 am. Further details about the group can be found on their website here https://www.iwuft.org.uk