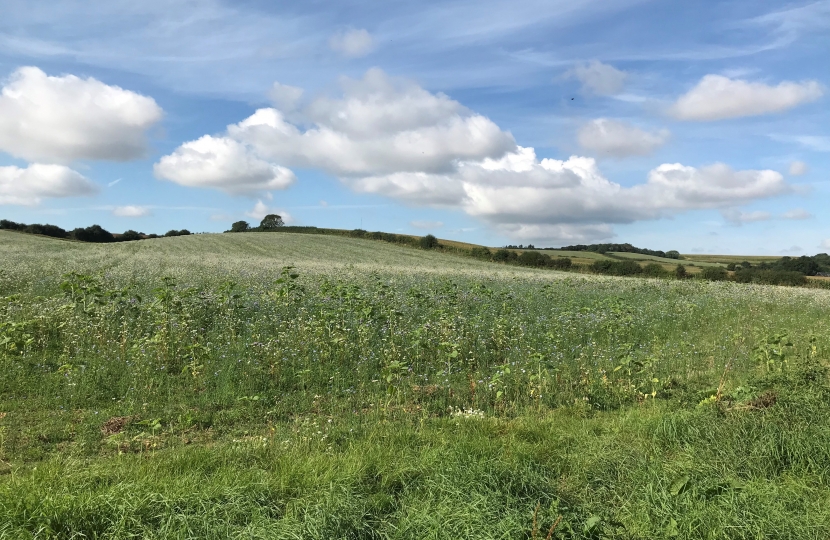 Island MP Bob Seely has published his response to the Island Plan consultation and is urging Islanders to comment.

Bob said that the Island Plan was a critical document for the Island and its collective leadership. He welcomed the plan but said he was concerned the Council had not sought exceptional circumstances in housing need from the Government as previously indicated.

“I welcome the Island Plan and pay tribute to the Council for the work they have done on this. It is now vital we have a local plan in place to prevent speculative development and to take control of the Island’s planning agenda.

"However, we need to challenge the Government's assessment of housing need in the Island Plan, and we need to do so on principle. I will be urging the Council to seek exceptional circumstances in housing need from the Government. We need well-designed housing built in existing settlements for Islanders. For the first time in a generation, we need to be looking after Islanders and building for them.”

In the new plan, a majority of sites are on brownfield land, the housing target is approximately 25 percent lower than before, sites away from settlements and garden villages have been removed, and there is a clearer mix of affordable homes. The new plan could see 7,290 homes built on the Island in the next 15 years.

Bob explained that the current target was based on the rate of past development on the Island over the last 20 years, 457 homes per year, and that instead, the Council should seek a more sustainable future.

Bob has said that the Council should aim for a target on or below what it currently, on average, builds – between 300 and 350 homes a year, but that almost all of them should be social and community homes for Islanders. He has called for the Councill to work with housing and community associations to bring forward plans to significantly increase social housing on the Island.

He said that the new targets still could not be fulfilled and that this could put the Island at risk of failing the housing delivery test. Should this happen, he said, it would undermine the Council’s ability to prevent speculative developments on greenfield sites.

He pointed out that although the Island has the highest residential rate of approval in the South East, no more than 420 homes had been delivered in any year since 2010, and that in the last five years, just 6 percent of homes built were affordable and a majority of homes were built on greenfield sites. He said independent research has found that all the growth in household numbers is in the over 65 age group and population growth on the Island is driven entirely by migration.

“We need to seek exceptional circumstances from Government and build for Island need. This has been recommended to me by senior ministers, and we have very strong grounds politically and technically to do this."

Bob said the new plan needed to stress the importance of local design and protecting the Island’s landscape. “We need to build beautiful, in a recognised Island style. Ugly development has got to stop.”

Bob has continued to press for Island-wide designated landscape status and is writing to Natural England to explain the options for the Island to become an 'Island Park', to protect its landscape, tourism economy and quality of life.