MP secures meeting to discuss the future of Ryde Arena 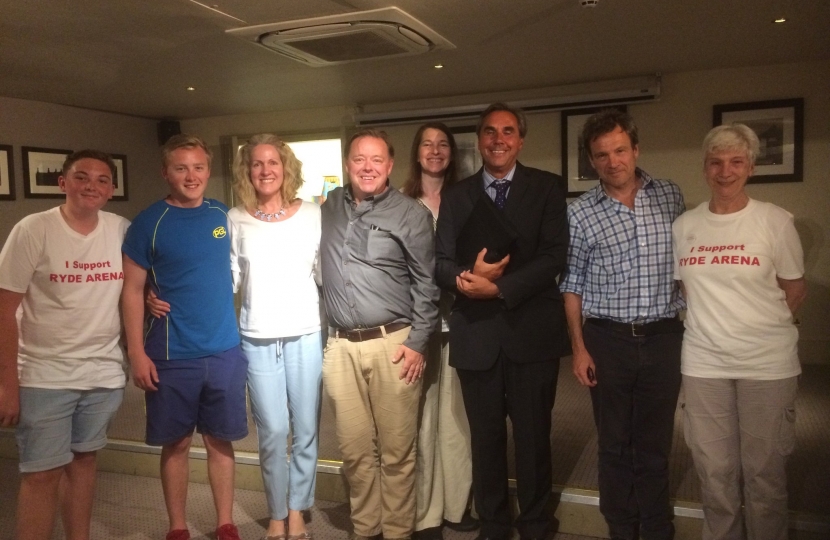 Island MP Bob Seely has secured a meeting between Ryde residents and Ryde Arena ice rink landlord AEW to discuss the future of the building.

The Ryde Arena was padlocked last October by the London-based investment company with the loss of 30 jobs. Young people are now forced to travel to the mainland to ice skate or play ice hockey.

Bob met with AEW in London last week to discuss the situation and to find out more about plans for the site, which is leased from the Isle of Wight Council by AEW. The meeting between the company and residents is expected to take place in August. Bob will also be liaising with the Council to ensure that all options are explored.

“The future of the Arena is important both to the Island and the town of Ryde. I have been as frustrated as others by the lack of dialogue from AEW, and some of the reasons given for that lack of dialogue," said Bob.

"My focus now is making sure that Ryde residents have a dialogue with AEW.

"To move things forward I have persuaded AEW to meet with local residents. The Council will also be meeting with AEW. AEW has stated it would be open to discuss wider regeneration opportunities with the Council.

“I do not wish to prejudge anything at this stage. We need to understand what the serious options are for the Arena, but I hope now that all parties, including Ryde residents, can engage in that process."