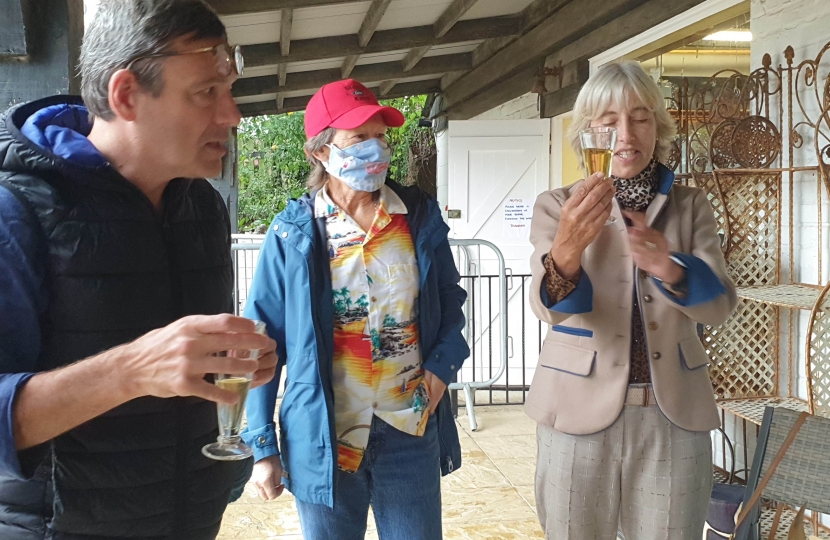 Continuing his support for the ‘Let’s Buy Local’ campaign on the Isle of Wight, MP Bob Seely visited Farmer Jack’s Farm Shop in Arreton over the weekend to sample more of the Island’s produce.

The Let’s Buy Local campaign - launched last month - aims to drum up support for local food and drink producers. The campaign - funded by local charity Natural Enterprise - challenges Islanders to switch up their shopping every week and try something new.

Mr Seely said: “I am delighted to support Farmer Jack’s - and all Island stores - that are stocking local food and drink. We have over 45 producers on the Isle of Wight. Details are online here: www.letsbuylocal.org.uk.

“The Island produces some of the best food in the country, whether its Andrew Hodgson’s amazing steaks or Mary Case’s honeys. We have some of the best award-winning cheese and milk producers in Britain. Our tomatoes are unrivalled, and our breads are breath-taking.

“Now more than ever we need to be supporting local food and drink producers. Let’s buy local to retain local.”

Graham Biss from Natural Enterprise said: “We are very appreciative of the support received from the MP for the Let’s Buy Local campaign. Local food and drink is rapidly becoming one of the Island’s real success stories.”

Ben Brown at Farmer Jack’s said: “Along with the other farm shops and outlets for local food we are proud to support our many quality food and drink producers. It is great to see two new producers joining the ever-growing number of local food and drink businesses on the Island.”

More information about the Let’s Buy Local campaign can be found here: www.letsbuylocal.org.uk and via the Wight Marque Facebook page.