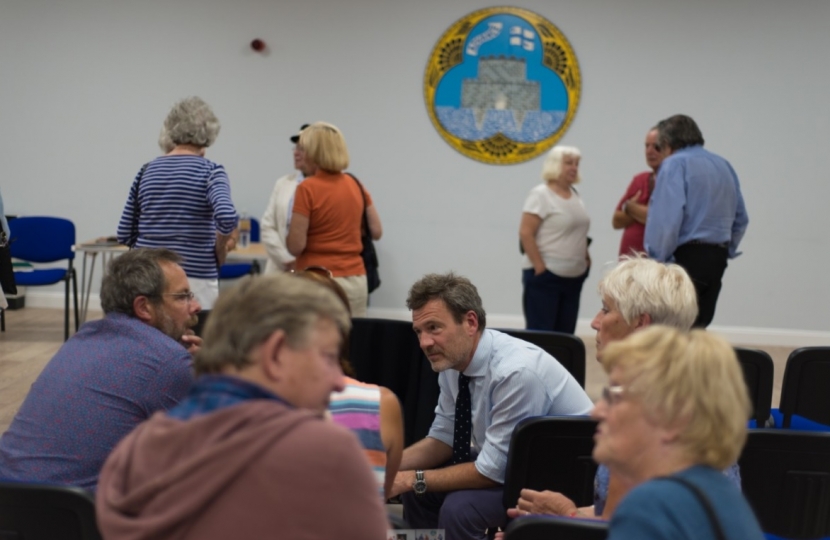 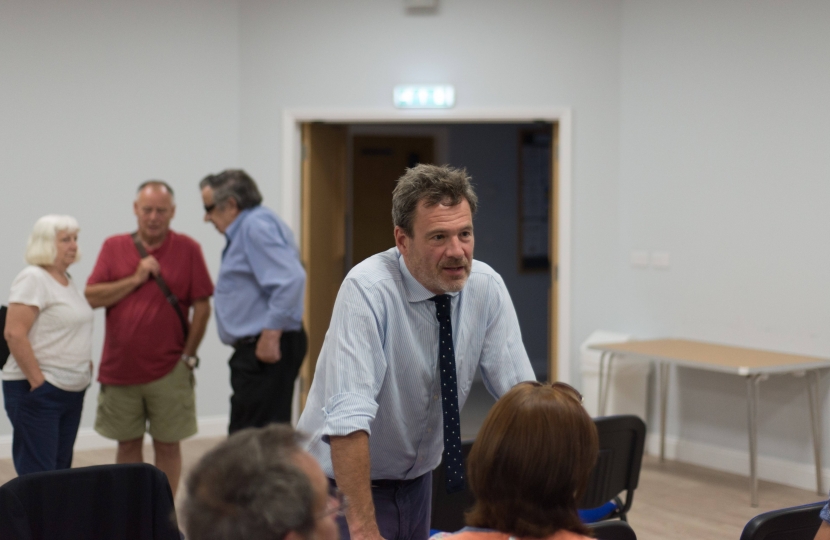 The meeting was the ninth so far of Bob’s ongoing campaign to raise awareness of the Island Planning Strategy - the so-called Island Plan.

The plan proposes 290 new homes in the Sandown area, with the majority due to be built on greenfield sites north of Perowne Way.

Residents at the meeting questioned why these housing targets are being set without consultation from Islanders and asked what they can do to oppose them.

Bob said: “Thank you to the Sandown residents who came to talk to me. I encourage Islanders to write to their local councillor to ask them to support me in fighting the housing targets.

“The housing targets for the Island are too high and are unsustainable. They would see houses built in the wrong places and they would not be built to suit the needs of Islanders both young and old.

“We need to put Islanders first and build the housing they need. I am working with the IW Council to put a case to the Government saying that our Island must be seen as an exceptional case.”

Councillor for Sandown North, Debbie Andre, said: “I was delighted to invite Bob Seely MP to speak to Sandown residents who have expressed concern to me over certain elements of the Island Plan, notably the level of house-building required of us by government, irrespective of the sustainability factor and needs of homes for Islanders in particular.

“I’m grateful to Bob for taking time out of his busy schedule to consult with residents. In my opinion, consultation over issues that affect us all is key to getting the right deal from government for our Island where it enables Bob to put a strong case with the backing of residents and councillors alike. We all need to work together for the good of our island.”

Councillor for Sandown South, Ian Ward, said: “A good number of residents gathered to hear our MP talk about our emerging planning policy document called the Island Plan. There was clear acceptance of Bob’s concerns and proposals.”

Bob also spoke to an audience of around 70 people about the issue at a private meeting in Bembridge last weekend.

Bob welcomes invitations from other Island towns and villages wishing to discuss the proposals in their area. The next meeting is planned in Newport on Monday 2 September at the Riverside Centre at 7pm.

Bob is encouraging residents to sign his petition and raise concerns with their local councillor. Bob’s survey and petition against the housing targets can be found here:http://islandvision.uk/Islandplan/