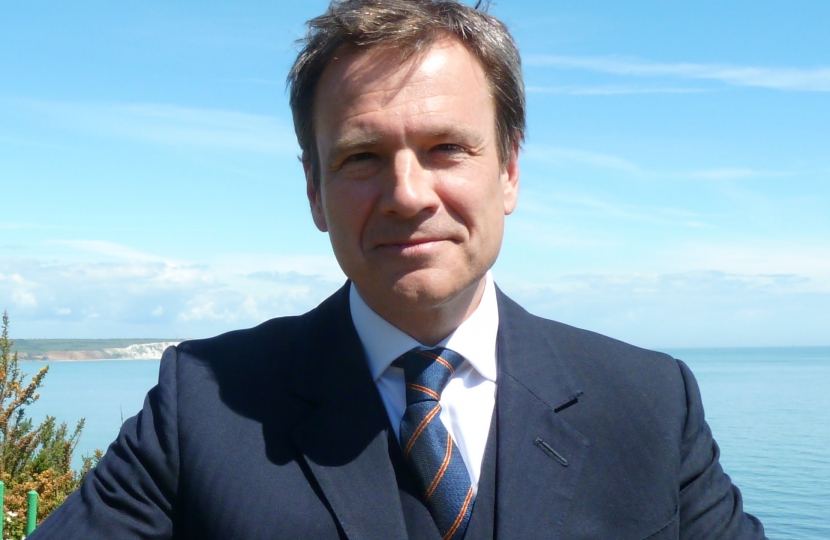 He is committed to representing all Islanders, regardless of political affiliation, fighting for the interests of the community as a whole.

Bob lives near Brighstone, at the heart of the Island.  He is the sixth generation to be involved in community life on the Isle of Wight.

Between 2013 and 2017, Bob represented over 3,000 residents in Central Wight (the parishes of Brighstone, Shorwell, Rookley and Chillerton & Gatcombe) on the Isle of Wight Council. He was re-elected in May 2017 with 75% of the vote.

He first worked as a foreign correspondent in eastern Europe for four years as a stringer for The Times newspaper.  He first visited the USSR in early 1990, witnessing the first celebrations of Easter in western Ukraine since Soviet occupation after World War II, and also the first Chernobyl disaster protests in Kiev that year.  He filed an initial batch of reports and was invited by the newspaper to return permanently to the USSR / former USSR from 1990 to 1994.  During his time, Bob reported from most of the Union republics / new nations of the USSR: Russia (including Moscow, European Russia and Siberia) Ukraine (including Crimea), Moldova, Georgia, Azerbaijan, Armenian (including Nagorny Karabakh), Uzbekistan and Tajikistan.  He also made occasional visits to the Balkans, including Sarajevo and Kosovo.  He also wrote occasional articles for The Spectator and The Sunday Times.

In the final year in the former USSR, Bob became a Special Correspondent for The Washington Post.  He then spent a year in the USA writing a book, Deadly Embrace, on Russia’s role in the Caucasus.  During this time, Bob was a fellow at Brown University’s Watson Institute.  He returned to the UK to work for the Associated Press as a London-based reporter.

In 2000 Bob moved temporarily into politics.  He headed up the foreign affairs team for Francis Maude and afterwards worked briefly for Michael Howard and Sir Malcolm Rifkind. In 2005, he stood in the Broxtowe Parliamentary seat in the General Election but lost to the Labour candidate by 2,296 votes.

From 2005 to 2008 Bob worked for MTV Networks International.

From 2008 onwards, Bob served in the UK Armed Forces.  He was mobilised or placed on Full Time Reserve Service (FTRS) for nearly a decade until his selection as a parliamentary candidate in the 2017 election, at which time he resigned his full-time service and returned to the Army Reserve.

Bob was initially mobilised in 2008, deploying to Iraq.  He served out of the main operating base in at Basra Airport.  Over eight months (parts of Op TELIC 12 and 13), he deployed on over 20 operations during his tour, mainly focused on extended patrolling through the villages around the southern Basra marshes and parts of Basra city, meeting local village elders and providing atmospherics reporting for the UK Command.  After his tour Bob was remobilised and asked to remain in the Armed Forces on full-time service.  He deployed on four occasions to Afghanistan for one to four month tours.  He was based out of Lashkar Gah, and Nad Ali.

Bob was awarded a Joint Commanders Commendation in 2009, and was decorated with a Military MBE in the 2016 Operational Awards and Honours List, receiving it from Her Majesty the Queen in early 2017.  Bob has also supported the development of UK military thinking in unconventional warfare. 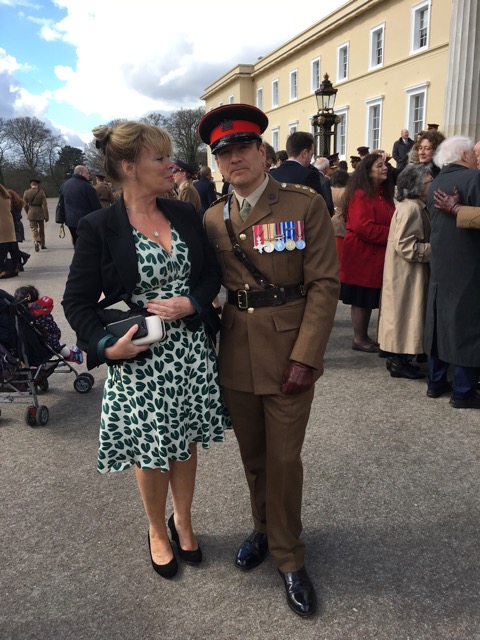 Bob's Commissioning as a Captain at Sandhurst in early 2017

Bob has been a research associate at the Changing Character of War Programme at the University of Oxford.  His academic writing is available online.  He is an occasional blogger on Russian / Ukrainian issues, hybrid war, unconventional and new forms of war.  He has contributed to the King’s College War Studies blog, Oxford Politics Department blog, The Washington Post’s social sciences blog and the Journal of the Royal United Services Institute.  Bob’s most recent peer reviewed article attempts to provide a comprehensive definition for contemporary Russian warfare.

With extensive family connections on the Isle of Wight, Bob has been spent much time here since his childhood. He moved to the Island in 2011.

Between 2013 and 2017, he served as an Isle of Wight councillor. His achievements in this role include successfully campaigning against over-development in his ward and elsewhere on the Island, and working with civic groups and charities to defend public services in West Wight.

On the Island, Bob has given talks on how the Isle of Wight’s landscape has influenced artists and poets such as Turner, Tennyson and Keats.  Bob loves the outdoor spaces of the Island and enjoys swimming, cycling and exploring our footpaths, bridleways and beaches.

Bob is descended from a family involved in business, politics and soldiering. His family have come from the Isle of Wight and Nottinghamshire. He is the sixth member of his paternal family to become a Member of Parliament, the second to be MP for the Isle of Wight and the third to contest the Island since the mid-19th century. He is the first member of the family to be knowingly elected as a Conservative MP (a great, great uncle was elected under the Conservative banner whilst serving in the Boer War, but assumed he was standing as a Liberal due to the family’s political traditions).

The family had a reputation for radical liberalism. Charles Seely MP (1803-1887) was a Chartist supporter and Liberal republican MP (Lincoln) who was snubbed by Queen Victoria for a quarter of a century after inviting the Italian revolutionary Giuseppe Garibaldi to Britain. Another four family members were Liberal or Liberal Unionist MPs between the 1860s and 1950s. Two, Jack Seely and Hugh Seely, were government ministers in 20th Century Liberal and Coalition Governments.  Jack had been MP for the Isle of Wight on two occasions, 1900-1906 and 1923-1924.  As General Jack Seely, he led one of the last great cavalry charges in history at the Battle of Moreuil Wood on his horse Warrior in March 1918, preventing German forces from decoupling British and French armies. Seely was a great friend of Winston Churchill and the only former Cabinet Minister to go to the front in 1914 and still be there four years later. Jack Seely’s book about his horse, Warrior, was a best-seller in 1934 and on its re-release in 2014.

The Seely family success was built on the agricultural revolution - milling in Lincoln - and afterwards the industrial revolution - coal in Nottinghamshire. The family were known for their philanthropic work improving the conditions of the people, establishing schools in Nottinghamshire as well as recognising union representation in the family coal mines as far back as the late 19th century.  They also established a library service and Reading Rooms on the Isle of Wight, built housing for the rural poor and helped to establish a lifeboat service along the southwest coast of the Island Wight.  The family’s wealth was whittled away during the 20th century.

Bob was born in 1966 to an English father, Richard, and German mother, Helga. He was educated at Arnold House School, and Harrow School.

The lives of both of his parents were shaped by World War II. Bob's grandfather, Bill Seely, was killed leading his Artillery Regiment, the South Notts Hussars, during desperate fighting at the battle of Gazala in June 1942.  On the morning of the Regiment’s destruction, 6 June, Seely’s Regiment had received the order to fight ‘to the last man and the last round’ to provide cover for retreating British forces.  It succeeded, but at the cost of the destruction of the unit as a fighting force and the death of many of its men.  Lt. Col. Seely himself was killed when his tank was pierced by a German shell, two hours before the Regiment’s positions were finally overrun.  Prior to his death, Lt. Col. Seely had been Mentioned in Despatches for gallantry, for leading his men in taking several thousand Italian prisoners.  For some time after, Richard - who was then a young teenager - refused to accept his father’s death and lived in hope that he had been taken prisoner.  Richard later trained as a pianist, before becoming a government lawyer. He died in 2013.

Bob's German mother was brought as a young girl up in Nazi Germany.  Her family had moved to Krackow during the war where her father worked as a postman.  Bob's maternal grandmother died towards the end of the war, and his mother’s life was saved thanks to her father’s ability to speak Russian and serve as a translator for the invading Russian forces.  The family ended the war in a refugee camp in Dresden, and from there made their way to what became western Germany.  Helga later moved to the United Kingdom.  She passed away in 2015.