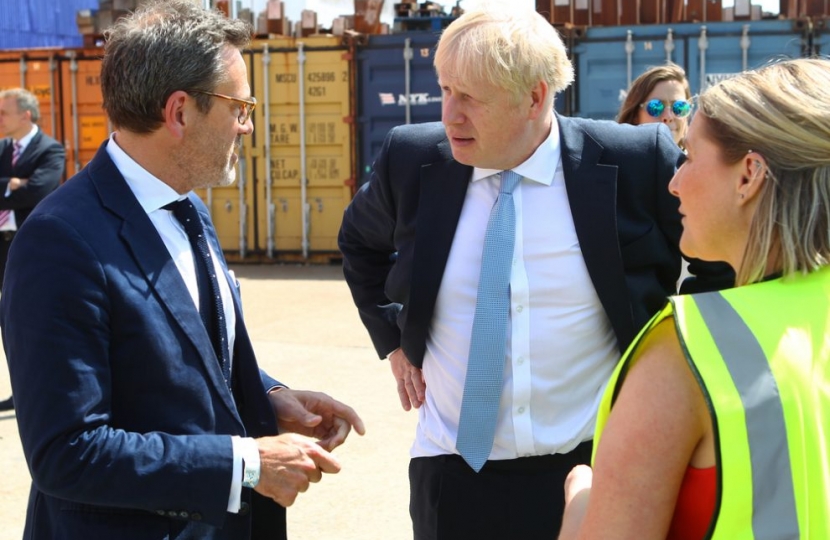 Mr Johnson received 92,153 votes to Jerermy Hunt’s 46,656. The result was announced at the QE2 Conference Centre in central London.

During his latest visit to the Island (June 27), Mr Johnson indicated his support for a fairer funding settlement – the so-called Island Deal. He said: “I think it’s right that given what we have, for instance in some of the Scottish Islands, that we should look at doing something like that for people living on the Isle of Wight as well.”

Mr Johnson pledged from day one in number ten to increase educational funding around the country and said that it is absolutely crucial to ‘level up’ areas like the Isle of Wight, who have not been getting the uplift they should have been getting.

Mr Johnson also said: “We also need to be doing things for infrastructure to make sure that places that feel a bit inaccessible, a bit left behind, get some funding to help with that as well.”

Bob said: “Well done Boris on his victory. This is a vote for change. It reflects the mood in our Party and I believe in our country. People do not want the same old politics as normal. We need change.

“MPs need to deliver on the promises that they have made. I am delivering on my promises locally, I want MPs now to deliver nationally. We need to sort out Brexit, deliver Brexit, and we need to get on and govern. Labour are clearly incapable of providing leadership or of voting through Brexit.

"We need to step up and make sure that we do.”

“I will be supporting the Prime Minister and making the case for more regional funding, so that places like the Isle of Wight get a better deal from Government. Boris understands that not all the money should be going to places like London and Manchester. This is good news. I look forward to working with him to push forward with the Island Deal.

Island organisations are being invited to take part in this year’s UK Parliament Week - an annual festival that aims to engage local people with the UK Parliament.