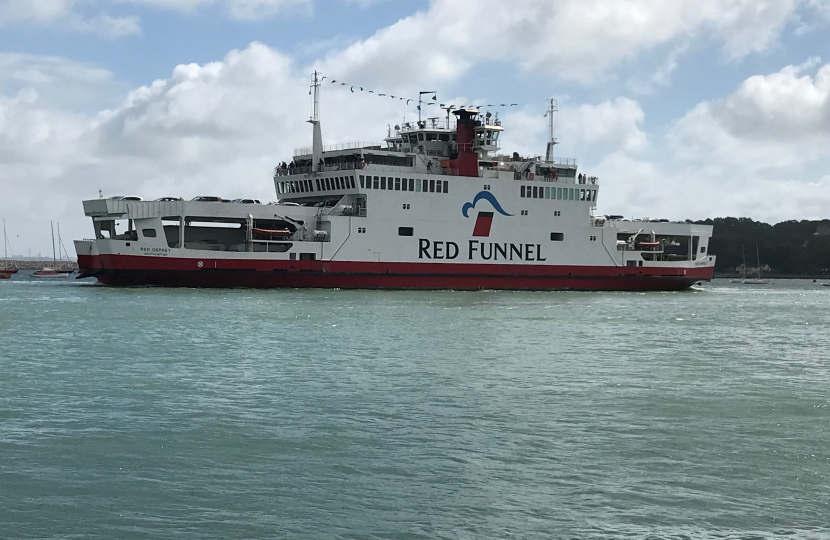 Branding the effects of strike action by Unite members as ‘unacceptable’ Mr Seely is seeking amendments to the upcoming Transport Bill that would safeguard some services during industrial action.

He is calling for the legislation to compel cross-Solent ferry operators to maintain a minimum level of service during disputes – a similar obligation on the railways meant some services were still able to run during the recent rail strikes.

In letters to Transport Secretary Grant Shapps and Ferries Minister Robert Courts, Mr Seely makes two further recommendations: the first, to grant the government legal powers to approve ferry timetables to help align the ferries with train timetables and other onward connections; and the second to require government approval for any future ownership changes of the Solent ferry operators.

Mr Seely said his suggested amendments would help to bring the operating standards of the ferries in line with that of railways and ensure Islanders interests are best served.

“The proposed strikes may be important to those planning them, but let’s think for a minute about the patients, the commuters, those trying to visit family and friends, or those wanting to take a break. There are lots of people who need - and rely - on these services so we need them to keep going.

“I understand that Red Funnel has committed to maintain some services through the planned strikes - which I welcome - but a legal obligation would guarantee vital services are maintained.

“We can’t have patients unable to access treatment, or commuters unable to access their workplace, and we can’t be turning visitors away. We need the government to step in and that is what I am asking them to do through the Transport Bill.”