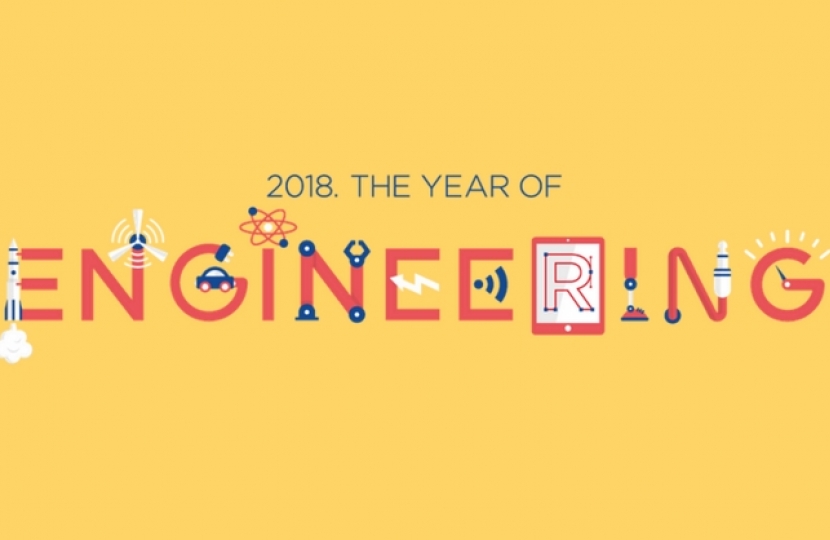 Island MP Bob Seely has pledged support for a national campaign to get more young people into engineering in an attempt to fill a major skills gap. The Year of Engineering launches in January and will see government work with hundreds of businesses to raise the profile of engineering among young people aged 7-16, their parents and their teachers.

This will include offering at least a million direct experiences of engineering to young people from all backgrounds – from behind the scenes tours and family days out, to school visits and the chance to meet engineering role models.

“I am concerned that not enough children, particularly girls, are entering the engineering professions and so I very much support this fantastic initiative that I am sure will do much to spark the imagination of all young people,” said Bob.

“The fact is engineering qualifications are vital to this country’s and this Island’s continued prosperity but the UK faces an estimated shortfall of 20,000 engineering graduates a year.

“This is a serious issue as we move towards leaving the EU. We need a country of young people with the best skills. Around half of companies say the shortage is having a significant impact on productivity and growth so action is needed now.

“I very much hope young people on the Island will get involved.” The campaign is aiming to showcase the creativity and innovation of engineering careers and widen the pool of young people who consider the profession as presently it is 91% male and 94% white.

More than 350 businesses and organisations have signed up to support the Year of Engineering, including Siemens, the Science Museum Group, Ocado, Usborne, BAE Systems and Crossrail.

More information about the campaign is available at https://www.yearofengineering.gov.uk/