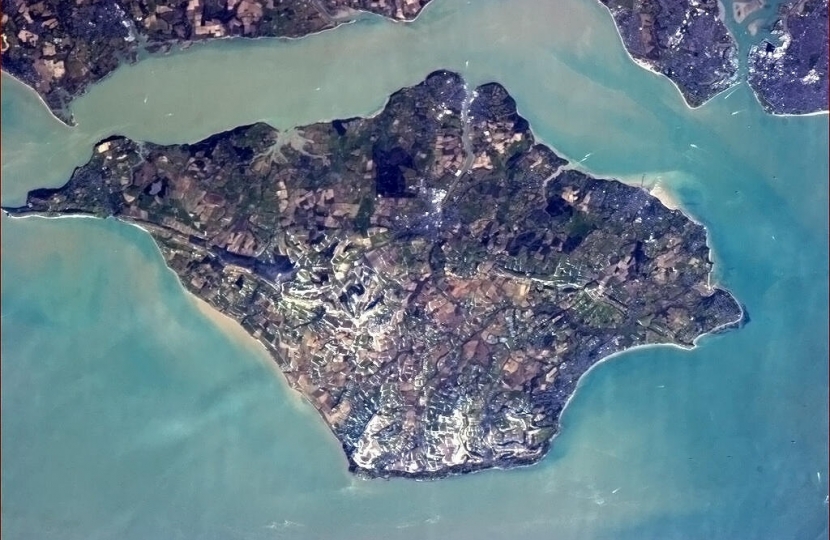 Thank you to members of the Transport Infrastructure Task Force (TITF), particularly Christopher Garnett, for their hard work to deliver this important report. I believe that this study should serve as the beginning of a new start, both in the Island’s relationship with the ferry companies, but also in driving transport improvement on the Island.

There are a series of key issues here. While the ferries are the focus, providing good road transport is also critical, as is improving rail, cycle and bus routes on the Island.

First, on the ferries, they deliver a high profit on their turnover, and this helps in part to explain their high cost to Islanders. I do recognise that they have tried to be good citizens to the Island, and they do help to drive traffic and tourism. However, this report provides evidence that the firms’ shareholders have been prioritised over the needs of Islanders.

As a first step to a more open relationship, I call on the ferry firms to be more transparent about the costs of running their business, including the cost of their debts.

I support the idea of an Island Partnership Board to undertake regular and meaningful dialogue with the ferry firms.

In general, there are various options for the Island's future dealings with the ferry firms. They include a closer working relationship with Island representatives through the Partnership Board, a public service obligation and/or greater regulation. I want to let the Board develop a relationship with the ferry firms first before we seek other alternatives. I will be guided in part by their recommendations.

On the fixed link, I support a feasibility study, but I want all the implications of such a link to be examined, not just the narrow economics of it, otherwise I believe a fruitless debate over it will continue. I do not personally support the idea of a fixed link, but am happy to have my opinion challenged if there is strong evidence otherwise.

On roads, I support the Medina River bridge. I am glad that the report recognised the success of the PFI, and pays tribute to the Council team that delivered what will soon be the best roads in Britain. It's also great that the study identifies the relatively high quality of bus services on the Island. However, some services have been lost recently and rural communities should not be ignored by Southern Vectis.

On rail, I'm already working with the new operator to ensure that the Island Line is improved. As part of that, we need to upgrade our Island's gateways, including our railway stations.

On cycles, we need both the Newport to East Cowes route and also the West Wight route. I will campaign for as ambitious a programme as possible. For both cycle and rail, I will strongly support further studies into how both can be improved and extended.

Summing up, I want to see a renaissance on the Island in the next decade. Transport - along with other key issues such as education, elderly care, the protection of our landscape, the growth of high-tech and the knowledge economy - is a critical part of that.

This detailed report should serve as a starting point for a bright and positive agenda for transport on our Island. We need now to work together to deliver on many of its recommendations.