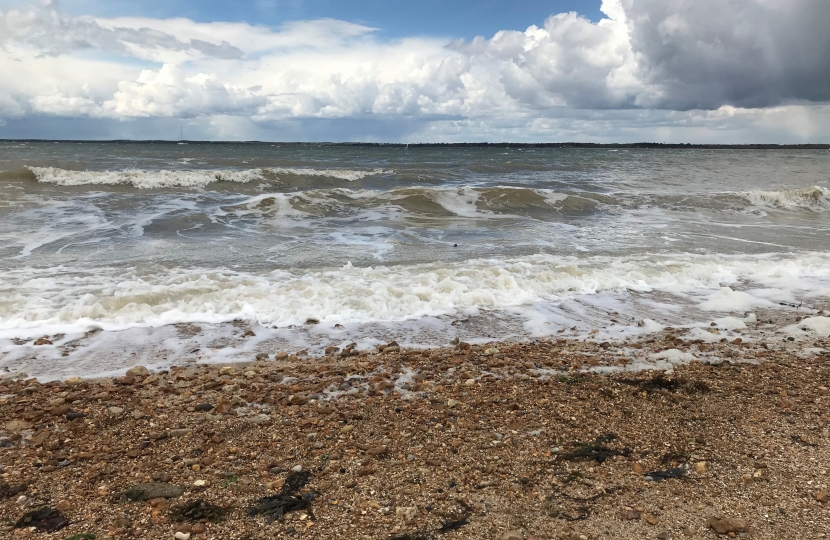 Island MP Bob Seely has won a commitment from Southern Water that it will prioritise the Isle of Wight for multi-million-pound investment work designed to significantly reduce sewage and storm overflows into the seas around the Island.

The Island is set to become one of a small number of national ‘pathfinder’ sites, which will act as an example of best practice by Southern Water.

The plans were confirmed in a letter to the Island’s MP on 20th December 2021.

Seely said: “The Government’s ground-breaking Environment Bill demands that water companies raise their standards. On the back of that, I have made clear that the Isle of Wight must be prioritised to become an example of best practice.

“Our rivers and beaches have high amenity value and ecological significance. We need improvements here first. We need clean sea and river water for Islanders, for visitors and for our environment.  I welcome Southern Water’s commitment to prioritise the Island. It is the right thing to do.

“I want us always to be the first in the queue for investment and improvements - and that means getting us included in pilot projects and getting the Isle of Wight to lead the way. It’s all part of getting a better deal for the Island.”

Southern Water says the project – centered around the Sandown area which is the hub of the company’s water treatment infrastructure – would help 90 per cent of communities on the Island.

Southern Water’s Director of Environment and Corporate Affairs, Dr Toby Willison, said: “At Southern Water we are committed to reducing the impact of Combined Sewer Overflows. The pathfinder project on the Isle of Wight will continue our work to improve the quality of the island’s environment, especially the beaches.

“I’m excited that the project will show what is possible elsewhere across the country, this is a great example of Southern Water and the Isle of Wight leading the way.”

Mr Seely said he was delighted with the project, although the next step was to ensure that all of the Island was covered by the project.

“I am looking forward to meeting with Southern Water soon. I want no part of the Island missed in the drive to reduce storm discharges and I want to hear more about their timescales for this project to ensure improvements are delivered as quickly as possible.”