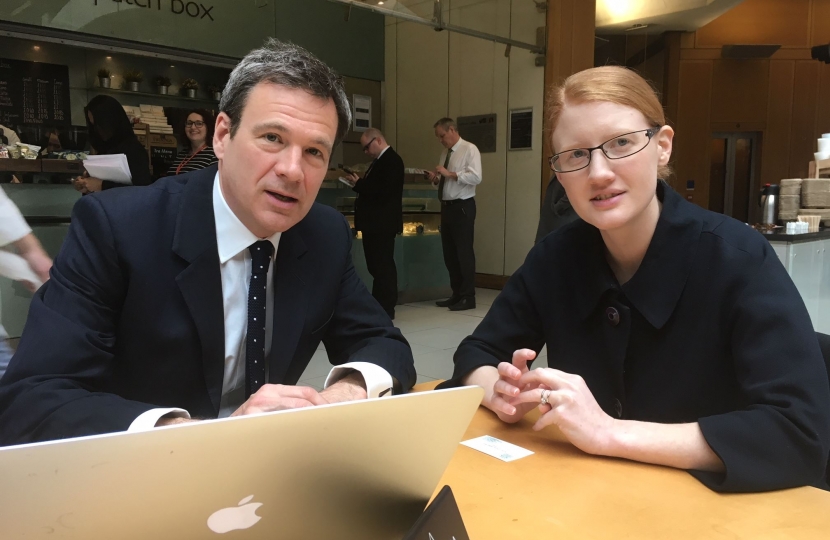 MP Bob Seely will support a Bill to protect public servants after meeting with Island prison officers to hear their concerns over violence towards them.

The Assaults on Emergency Workers (Offences) Private Members Bill is going through parliament and now has government support. Bob met this week with Labour MP Holly Lynch, who has supported the Bill, to discuss the legislation.

If it becomes law, the Bill will introduce new offences including malicious wounding, grievous or actual bodily harm and common assault, which will become aggravated when carried out against the police, firefighters, the medical professions and prison officers.

“This Bill is absolutely the right way forward as emergency workers who do such a fantastic job protecting the public need to be protected themselves from those who wish to attack them as they try and help,” said Bob.

“After speaking with prison officers working on the Island about their experiences, I am even more convinced this is an excellent and overdue piece of legislation that will act as a deterrent for those who want to harm workers like nurses and paramedics.”