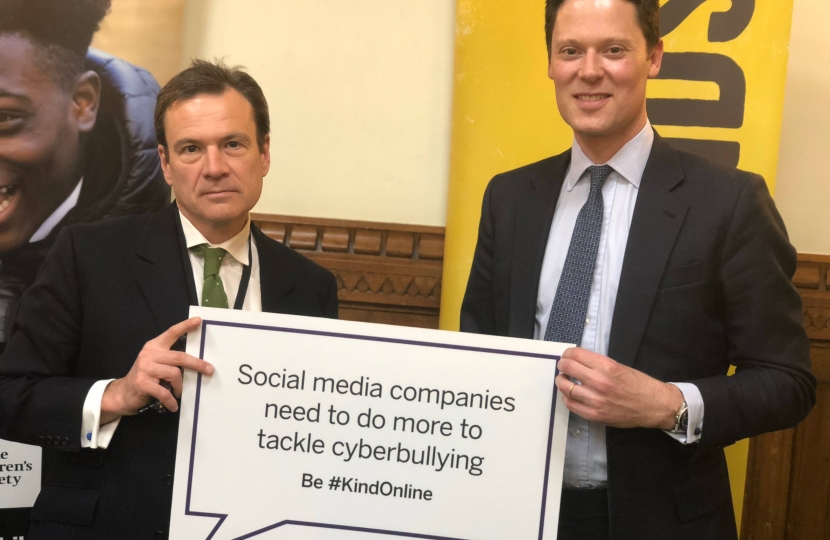 The research found that social media companies are not transparent and accountable enough to make social media a safer place for young people and do not do enough to stop those under 13 from using platforms.

The inquiry, led by Alex Chalk MP in partnership with YoungMinds and The Children’s Society, made a series of recommendations to social media companies and government, such as ensuring that social media have clear rules of use, with tangible consequences for those who break them.

“This is an excellent report shining a light on a fast emerging and increasingly unpleasant activity and I support calls for more action,” said Bob.

“It’s quite clear there’s a link between cyberbullying and mental health issues in young people who are often unable to escape from those who are bullying them because of the 24-hour nature of the online world.

“Social media companies are simply not doing enough to keep young people safe online from bullying but government also has a role to play and I hope this report is taken seriously and its recommendations acted upon.”

Cyberbullying takes many forms, from mass unfollowing of people to persistent messaging or sharing embarrassing photos or information online.

Almost half (47%) of young people surveyed had experienced threatening, intimidating or nasty messages via social media, email or text and almost two thirds (63%) of young people who had been cyberbullied said that they would not tell their parents.

The inquiry took oral and written evidence from young people - including an online survey of 1,089 young people aged 11-25 - social media companies, mental health experts and children’s charities in order to explore the impact of cyberbullying on children and young people’s mental health.