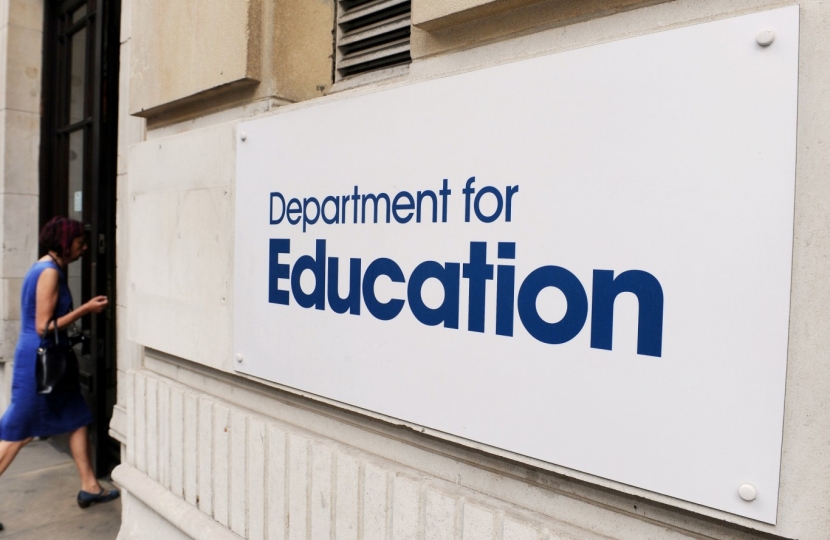 MP Bob Seely has helped secure consent from the Department of Education to allow development of former school land on the Island for social housing.

The redundant sites at Taylor Road, Newport, formerly part of Carisbrooke High School, and the former Island Learning Centre at Lake needed the green light from the department otherwise funding to build the homes could have been lost.

Bob wrote to the education minister, Justine Greening, in July to seek the permission, so the land could be transferred to Sovereign Housing, who are working in partnership with the Island’s council to build the homes.

The schemes are being funded by the Homes and Communities Agency (HCA) but the money to deliver the projects was time limited.

“It’s very good news this consent has now been granted and the development can move forward,” said Bob.

“I spoke to the minister about the problem, told her funds were only available for a set period and she promised to talk to her officials to get things moving. I received a letter earlier this month confirming the consent.

“This is an important step forward in making sure we have homes for people on the Island using brownfield, not greenfield land. I was pleased I could use the influence I have as the Island’s MP to take the problem to the minister.

“I look forward to seeing the end result.”

The Department of Education granted consent under Schedule 1 of the Academies Act 2010 and section 77 of the Schools Standards and Frameworks Act 1998.