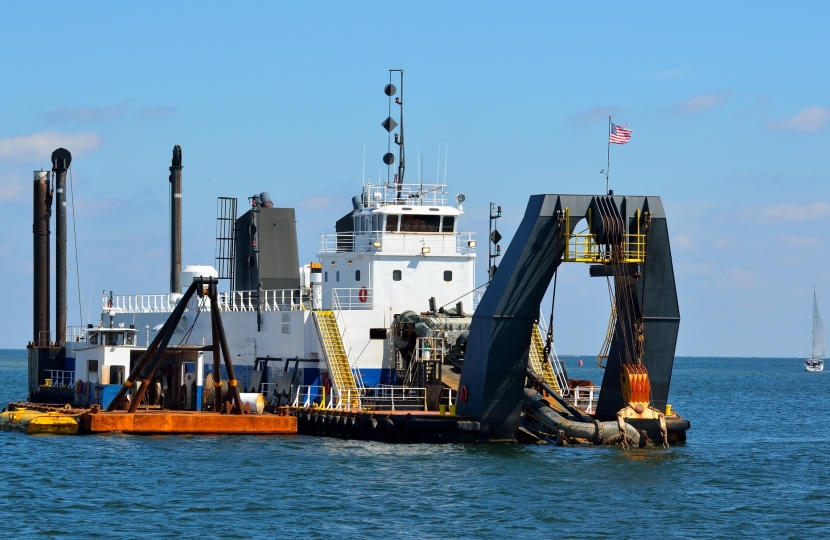 He has written to The Crown Estate, which is responsible for granting dredging licences, seeking reassurance that coastal erosion around the Island is not linked to marine aggregate dredging.

His approach follows concerns that dredging off the Bay may be linked to the erosion of Sandown and Shanklin beaches.

Mr Seely said he was also concerned about the impact dredging could have on the Island’s Marine Conservation Zones.

He has asked to see copies of environmental reports on coastal erosion around the Island - in particular in the Bay area - and has asked what environmental impacts were considered prior to work starting.

He said: “I am told that this is approved marine aggregate dredging but I am checking what that means in terms of impact assessments that have been undertaken prior to work commencing.

“I know residents are concerned that the work might be impacting on the beach, so I am seeking reassurance that this is not the case.”

Mr Seely said he understands that the industry is well regulated and that licences are granted only after a regulator and scientific assessors have reviewed impact models submitted by independent bodies.

Mr Seely also asked whether there had been any known illegal dredging around the Island and whether pushing the dredging area away from the Island would have any positive environmental impact.

“I am aware that The Crown Estate works hard to manage the seabed of England, Wales and Northern Ireland in a responsible way and I am grateful for their time. However, maritime dredging remains a concern to many people who I know would welcome any further assurance The Crown Estate is able to provide.”