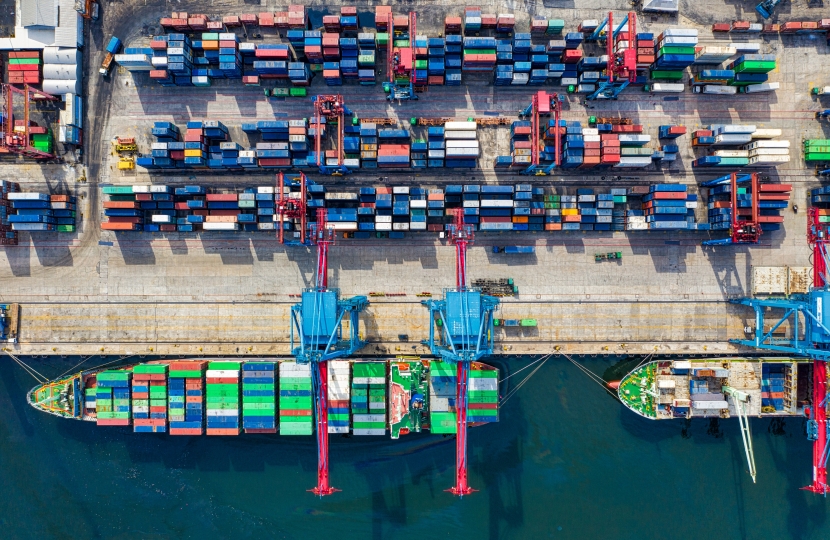 Island MP Bob Seely is among a group of eight MPs backing an ambitious bid seeking ‘Freeport status’ in the Solent area.

The bid has been submitted by the Solent LEP in response to the government’s plans to create at least ten Freeports across the UK – something the Island’s MP says he is keen the Island is a part of.

The Solent Freeport covers an area of approximately 30 miles and the Island’s MP said he worked with the Solent LEP to ensure the overwhelming majority of the Island has been included in the catchment area – which could have included more of North Hampshire and only the most northerly parts of the Island.

Mr Seely said: “I fully support this bid which, if successful, will help to create jobs, drive investment and regenerate communities. A Solent Freeport would create new opportunities for the Island boosting our economy at a critical time.

“Almost all of the Island has now been incorporated including the major shipbuilding centres on the Isle of Wight which is something I was keen to achieve.

“A Freeport would attract jobs throughout the Island but especially in the Medina Valley area. The benefits would most certainly be felt in IW shipbuilding and in our green industry and composite sectors as well.”

Designed to attract major domestic and international investment, areas given Freeport status will benefit from a wide package of tax reliefs, simplified customs procedures, streamlined planning processes to boost redevelopment and government support to promote regeneration and innovation. If successful, the area covered by the Solent Freeport will be able to retain business rate growth to reinvest locally.

Earlier this year the Island’s MP and IW Council Leader, Dave Stewart, submitted ideas as part of an independent review into connectivity across the UK as to how travel between the Isle of Wight and the mainland could be improved.

Mr Seely said: “It is important that we make the most of every opportunity to ensure that the Island benefits from the government’s levelling up agenda. This is all part of the drive to get a better deal for the Island.”

The government is expected to announce which areas have been successful in their Freeport bids later this year.