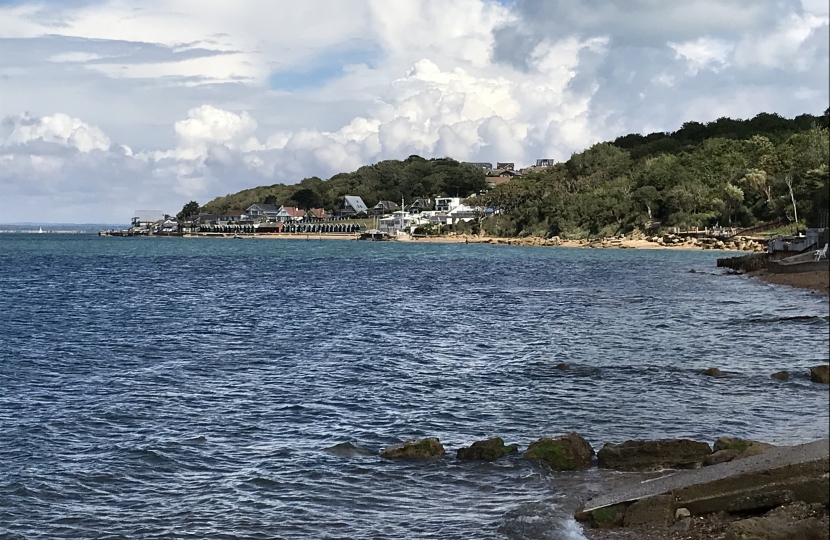 MPs from across south Hampshire, West Sussex and the Isle of Wight have launched a new forum to drive improvements in water quality in local harbours and the wider Solent region. These provide unique habitats for plants and wildlife, as well as being used extensively by water sports enthusiasts.

The MPs brought together local community representatives and officials from the Environment Agency and local government with Southern Water’s Chief Executive to discuss the water company’s plans to phase out stormwater releases and improve local water quality in Langstone and Chichester Harbours and the wider Solent region. The Forum also heard from Environment Minister, Rebecca Pow, who set out the steps the Government is already taking, such as implementing a legal phase-out of stormwater releases, mandating improvements in the water efficiency of homes and requiring housebuilders to mitigate the effects of new developments.

Another live issue was the release of stormwater into Langstone and Chichester Harbours by Southern Water. During and after periods of heavy rainfall, their systems can release releases into local harbours causing concerns for the health of harbour users and the environment. MPs called on Southern Water to set out their plan to phase out releases to comply with the new legal obligations set out in the new Environment Act.

Southern Water’s CEO Ian McAulay said he was committed to reducing the frequency of releases, and pointed to their current work with Natural England and universities to build a new digital ‘baseline’ assessment system, expected to be up and running within a year.

The new baseline assessment tool will be key to accurately identifying the sources of pollution within the harbours, providing the partnership the ability to implement targeted solutions and track the impacts accordingly, to tackle the issue of pollution and protect these precious natural habitats.

Studies are also underway to improve drainage through nature-based solutions.

Speaking at the Forum, Mr McAulay said: “The systems we have in place today are not the systems we need to get to where we want to be tomorrow, for the benefit of our customers and the environment. You have my full support and I really like the fact that people are talking about water quality.”

The first meeting of the Forum was chaired by Portsmouth North MP Penny Mordaunt who said, “So many people across Portsmouth and the wider region want releases to end. It will take effort and investment and it is only by this joined-up approach we will be able to deliver all that is required. We need frank conversations and to be focused on the outcomes we all want to see. It won’t be easy but it must be done.”

Havant MP Alan Mak said: "I’ve been working on this issue for several years, and having proposed the creation of the Forum I’m pleased Southern Water are taking this issue seriously and working constructively to improve the health of our harbours and the wider Solent. However, the Forum’s MPs recognise there’s more work to do and we are working together to continue pressing Southern Water to improve water quality in our region”.

Chichester MP Gillian Keegan said, “It’s great to be working with so many of my colleagues to put a spotlight on Southern Water’s performance and improvement plans. It’s brilliant to have so much direct involvement from the Environment Minister, Rebecca Pow, and I hope that our collective pressure will ensure a solution-focused approach continues. This is just one area of activity, I will also continue to work with community groups, CHaPRoN, and all agencies involved to ensure we improve the condition of the Chichester Harbour, Pagham Harbour and inland waterways.”

Isle of Wight MP Bob Seely said, “Southern Water’s actions are appalling and frankly unforgivable because these have been deliberate acts. They showed a cynicism which is breath-taking. I, and other MPs, talked with Southern Water a few weeks ago before the verdict about what needs to be done to improve.

“We need a long term plan to prevent Southern Water and the other water companies from being able to discharge raw sewage.

“To what extent change is down to their actions – which are going to cost money – and to what extent this needs to be shaped by new laws is a question we need to look in to.

“I have invited the Chief Executive of Southern Water to the Island to meet with myself, councillors and council officers to discuss what specifically can be done in relation to raw sewage discharges from the Island into the Solent and the English Channel. I look forward to, frankly, a penitent and conciliatory approach from them.

“I would like to thank very much the many residents from Sandown, East Cowes, Totland and other areas of the Island who have kept me informed of the situation in regards to Southern Water over the past couple of years. I also pay tribute to the work by Surfers Against Sewage.

“It is not acceptable for Southern Water to be behaving in this way when I hear that people are suffering from infections and other ailments arising from the water quality near where these discharges have occurred.

"I would like to add, however, that for the most part, we continue to have good quality bathing water in the beaches around the Isle of Wight. However, there should be no acceptable level of sewage overflow. The Southern Water water industry now needs to take action to clean its act up, literally and figuratively."

The MPs plan to follow up with another meeting of the new Forum this autumn, to track progress and press for further action.