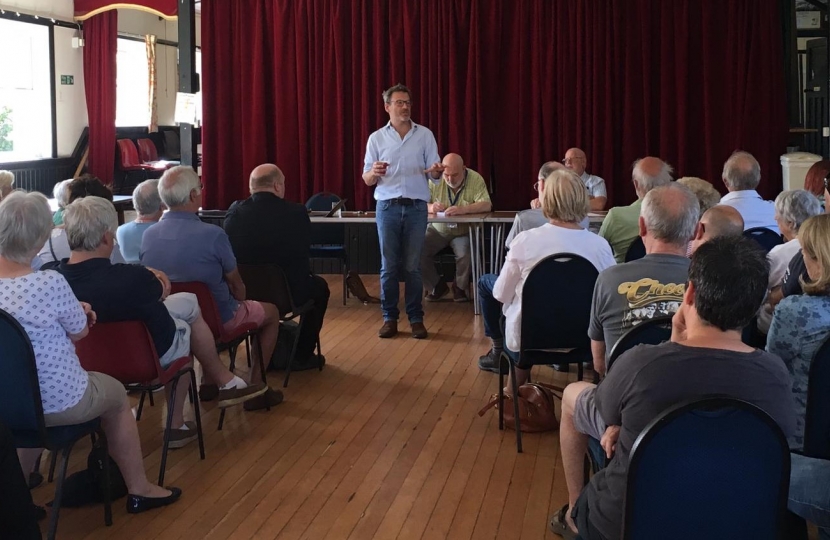 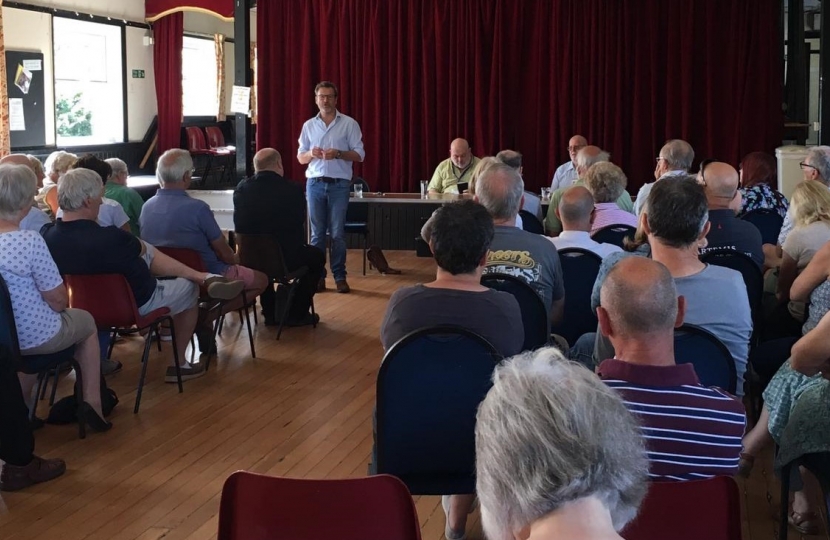 Around 60 residents gathered in Northwood Village Hall on Saturday (6) to raise concerns with MP Bob Seely about the 165 new homes planned to be built in the village - as set out in the Island Planning Strategy (Island Plan).

The homes, earmarked for greenfield sites, are due to be constructed over the next 15 years along with over 9,000 other homes planned across the Island, including a further 813 homes planned for Cowes.

One of the areas earmarked for development is the controversial Kingswell Dairy site on Newport Road (south of the Horseshoe pub). An application for 66 homes on the green field was approved by the IW Council Planning Committee in March.

The application received objections from both Cowes Town Council and Northwood Parish Council and over 100 local residents. Concerns were also raised by Cowes Medical Centre, the Badger Trust and the Campaign to Protect Rural England (CPRE).

Objections were raised on the basis of poor access, increased volume of traffic, overdevelopment of the site, the closing of the green gap between Newport and Northwood, an over-subscribed primary school and insufficient capacity at Cowes Medical Centre.

Bob said: “It was good to meet with the residents of Northwood and hear their concerns about the Island Plan.

“These houses will take away more of our beautiful green landscape and the majority of them are not suitable for Islanders.

“The legitimate concerns of the Northwood community will be echoed by similar communities all over the Island if the Island Plan is approved in its current form.”

Bob is encouraging residents to sign his petition and raise concerns with their local councillor. Bob is attending further meetings in, East Cowes, Ryde, Nettlestone and Seaview and Wroxall and welcomes invitations from other Island towns and villages wishing to discuss the proposals.

Bob’s survey and petition against the housing targets can be found here: http://islandvision.uk/Islandplan/

MP Bob Seely has welcomed further details on the Government’s extension of the Coronavirus Job Retention Scheme (CJRS) and the inclusion of some of the changes which he had pushed for.